What’s happening with the Brexit Party? 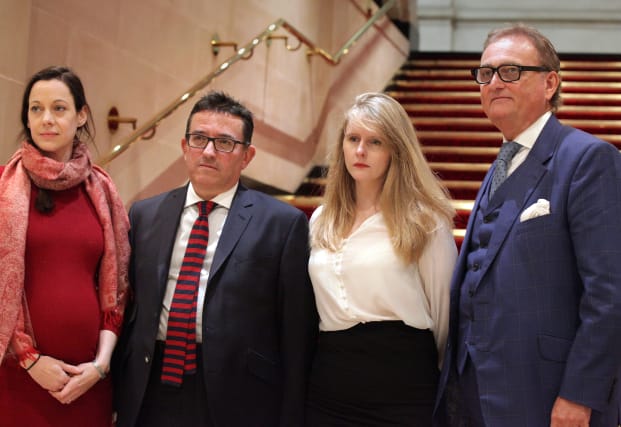 Nigel Farage’s Brexit Party has found its way to the top of the news agenda with just a week until voters go to the polls.

But what is going on?

– What is the latest with the Brexit Party?

Three MEPs have dramatically quit the party and accused Mr Farage of putting Brexit “at risk”.

Annunziata Rees-Mogg, sister of the Leader of the Commons Jacob Rees-Mogg, Lance Forman and Lucy Harris, have all resigned the whip to back Boris Johnson’s push to “get Brexit done”.

– How has Mr Farage reacted?

The leader has accused the three MEPs who quit of having personal links with the Tories.

He earlier said he was “disappointed” by the decision of the three MEPs.

– What have the MEPs said about Mr Farage’s claims?

Ms Rees-Mogg rejected speculation that her older brother had influenced her decision as “disturbingly old-fashioned”.

Along with Mr Longworth, they denied they had been offered honours or any other sweeteners from Mr Johnson or his party as part of their decision to resign the whip.

They have vowed to continue with their jobs in the European Parliament, with Yorkshire and Humber MEP Miss Harris telling journalists each of them would stay put in order to vote for the PM’s Withdrawal Agreement.

– What did Mr Farage say at the start of the election campaign?

He said he would field a candidate in every seat in Britain if the Prime Minister did not drop his EU Withdrawal Agreement and get together in what he said could be a “non-aggression pact”.

Mr Farage said the PM’s deal did not represent Brexit and described his “very big, generous offer” as a “one-off opportunity” that would secure Brexit and win the election with a “big stonking majority”.

He said if the Tories did not agree to an alliance and abandoning the deal he would make sure every household in the country was made aware it was a “sell out” of Brexit.

No. In a major climbdown, he announced that his party would not run in the 317 constituencies the Conservatives won at the 2017 general election, after initially saying his party would field more than 600 candidates.

He said he made the decision amid fears that it could split the Brexit vote, leading to a hung parliament and a second referendum.

– What other notable moments have the Brexit Party had in the campaign?

Mr Farage claimed the Tories offered jobs and peerages to his party in a bid to get him to pull candidates from marginal seats.

He said the alleged move by the Tories was “bordering on corruption”, suggesting that it came from people “who work deep inside Number 10 Downing Street”, rather than from the Prime Minister.

The Conservative Party denied the claims.