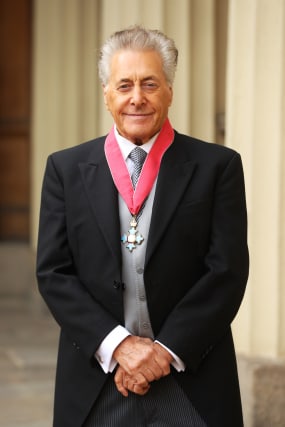 Songwriter Mitch Murray, who has penned music for Cliff Richard, Tony Christie, and Freddie and the Dreamers, was awarded a CBE by the Prince of Wales at Buckingham Palace on Thursday.

Mr Murray, 79, said he plans to start song-writing again after composing chart-topping tunes in the 1960s and 70s.

After the ceremony, he told PA that Charles had asked him if he was still writing music, and that he replied he would start again soon.

Mr Murray, from London, said: “I had a long long career.

“I have had over 20 international hits over the years.”

He said he wrote a song for the Beatles, How Do You Do It, in 1963, but prevented them from releasing it because he did not like how it sounded.

Mr Murray said: “The Beatles recorded one of my songs.

“They were fine with that – I don’t think they wanted it to go out either.

“It was played by Gerry and the Pacemakers instead.”

Mr Murray said the music industry has become “polarised” in terms of how much artists can earn.

He said: “There was a different way of selling songs, and of people listening to them.

“Nowadays the money is very much touch and go.

“I think what’s happened is a few people are making very very big money, and the others are finding it tough.

“What used to happen was you used to be able to make a living. It’s polarised now.”