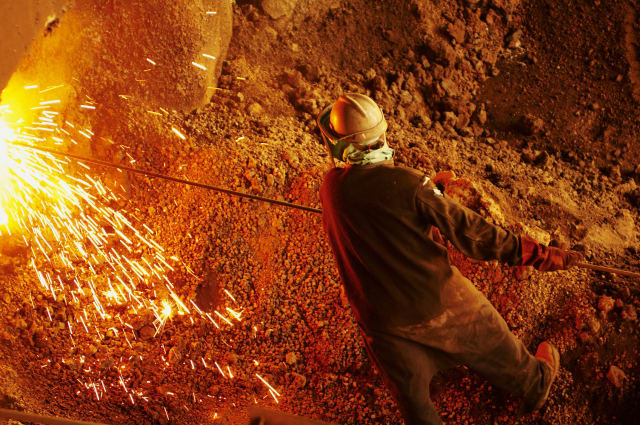 Investigators have opened a bribery probe into British mining giant Glencore, a year after the US government demanded it handed over documents in a corruption case.

The Serious Fraud Office (SFO) said it is “investigating suspicions of bribery in the conduct of business by the Glencore group of companies, its officials, employees, agents and associated persons.”

Neither the SFO nor Glencore revealed any details of the investigation. It is unclear where the probe will focus. It sent shares tumbling around 6%.

It is not the first time the controversial mining giant has faced government probes.

“Glencore has been the focus of several regulatory investigations regarding bribery, corruption, and money laundering,” said Christopher LaFemina, an analyst at Jefferies.

Last year US authorities investigating corruption handed a subpoena to the miner, demanding it hand over documents on what it does to comply with US laws on corruption and money laundering.

The documents were tied to its business in Nigeria, the Democratic Republic of Congo, and Venezuela since 2007. That news sent shares crashing as much as 13%.

Just over a month earlier, Bloomberg had reported the SFO could open an investigation into Glencore’s Congolese business.

The report suggested that the fraud investigators could look into the miner’s work with Dan Gertler, an Israeli billionaire. It is unclear whether this is linked to Friday’s announcement.

Congo’s government said at the time is it “absolutely calm” about it.

Mr Gertler, 45, built his fortune on copper and diamond mines in Congo. He was sanctioned by US President Donald Trump in 2017 on corruption charges.

In 2012 ENRC, a London-listed Kazakh miner, paid 550 million US dollars (£420 million) to get out of a partnership with the controversial billionaire.

Just a year later ENRC, a former FTSE 100 company, de-listed from the London Stock Exchange, after it also became the subject of an SFO probe. In 2010 a whistleblower claimed to have identified corruption at one of its subsidiaries.