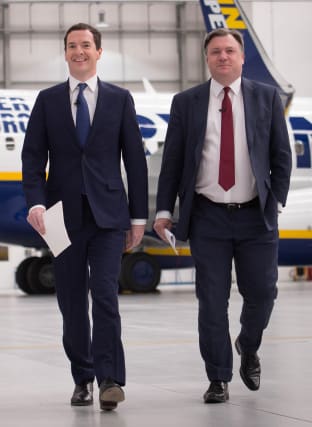 Since leaving frontline politics Mr Osborne is, among other things, now the editor of the London Evening Standard, while Mr Balls is chairman of Norwich City FC and was a contestant on Strictly Come Dancing in 2016.

Psephologists Jane Green and Colin Rallings will be on hand to examine the results of a joint exit poll for ITV, the BCC and Sky News, which will be published at 10pm when the polls close.

Mr Bradby said: “This general election is shaping up to be one of the most gripping and unpredictable, with the typical twists and turns in the lead up to polling day amplified by the pressure of the looming Brexit deadline.

“We will deliver intelligent conversation and the inside track as we analyse the results and what they mean for the next government.”