Number of terror arrests drops by 20% in a year 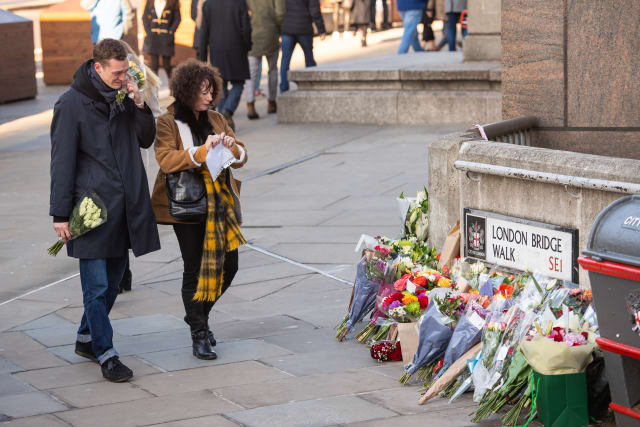 The number of suspect terrorists arrested by police has dropped 20% in the last year, figures show.

There were 259 people detained for terrorism-related activity in the year ending September 30, compared with the 325 arrests in the same period in 2018, according to the Home Office.

Of these, 96 (37%) were released on bail or released under investigation – meaning they were not subjected to any restrictions while enquiries into the offences continued.

There were 88 (34%) charged and 62 of these were for terrorism-related offences.

A further 14 (5%) received a caution, were recalled to prison or handed over to immigration authorities and 60 suspects (23%) were released without charge.

During the same period 53 terrorists were released from prison, the data report showed.

The news comes less than a week after the London Bridge terror attack which claimed the lives of Saskia Jones and Jack Merritt.