More than half of children do not get enough exercise – report 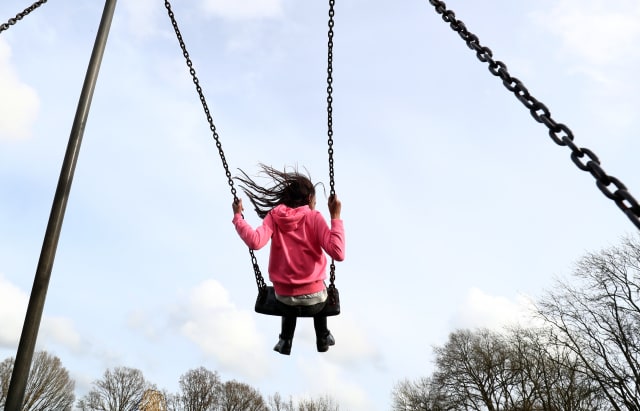 Fewer than half of children in England get enough exercise, although figures are improving, data suggests.

A new report from Sport England found 46.8% of children now get the recommended 60 minutes of physical activity per day on average, up 3.6% on the figure for last year.

But the data shows the rise is being driven by children being active out of school, with many still not getting enough exercise during school hours.

Government guidelines say children and young people should get 30 minutes of their daily physical activity throughout the school day and 30 minutes outside of school.

The new report found that 40% of children and young people do an average of 30 minutes or more a day at school, while 57% do so outside of school.

Activity levels outside of school have increased across all year groups compared with 12 months ago, while those in school have remained static, the study said.

A further 29% of children and young people (2.1 million) are being physically active for less than 30 minutes a day on average.

NHS data published in September showed that severe obesity among children leaving primary school is at a record high, while more four and five-year-olds are also obese.

The new Sport England report is based on responses from more than 130,000 children aged five to 16 in England during the academic year 2018/2019, making it the largest study of its kind.

Sport England’s remit is to help drive sport and physical activity outside of school from the age of five.

The report found that team sports, walking and active play are among the out-of-school activities that are on the rise.

Youth Sport Trust chief executive Ali Oliver said the figures were encouraging, but added: “We know levels of physical activity are still far too low and there is much more for us to do if we are to tackle the problems this poses for children’s physical, social and emotional wellbeing: too many are growing up overweight or obese, unhappy, lost and lonely.”