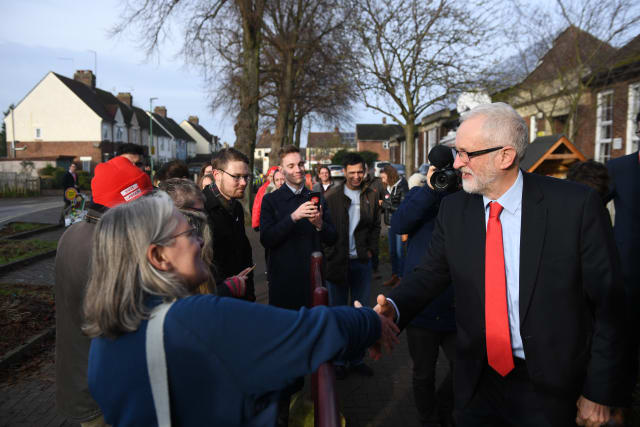 The Jewish Labour Movement (JLM) has refused to endorse Jeremy Corbyn as prime minister amid renewed claims the party has failed to tackle anti-Semitism in its ranks.

With just a week to polling day, Mr Corbyn denied the party had become a “welcoming refuge” for anti-Semites under his leadership.

It followed the disclosure that 70 present and former Labour staffers gave sworn testimony for the JLM’s submission to the official inquiry into anti-Semitism in the party by the Equalities and Human Rights Commission (EHRC).

The 53-page dossier concluded the party is “no longer a safe space for Jewish people”, with a “relentless flow” of anti-Semitic incidents.

At a Westminster news conference, JLM national secretary Peter Mason said individual members would have to make their own decisions as to whether they would vote Labour on December 12.

“That will be for every individual member of the Jewish Labour Movement and for the Labour Party and for the public to reach their own conclusion,” he said.

“The document is now out there. It contains the allegations we have made of the Labour Party. People will reach their own conclusions.”

Mr Mason said the JLM had already passed a motion saying it had no faith in Mr Corbyn as prime minister.

Asked which way he would vote, he said: “I don’t know what I am going to do.”

The party’s former head of disputes Sam Matthews – one of the 70 whistleblowers – said those still working for the party were now in fear of “retribution” from their employer.

“Inside the party, those individuals are met with a chorus of public denial that they know to simply be untrue,” he told the news conference.