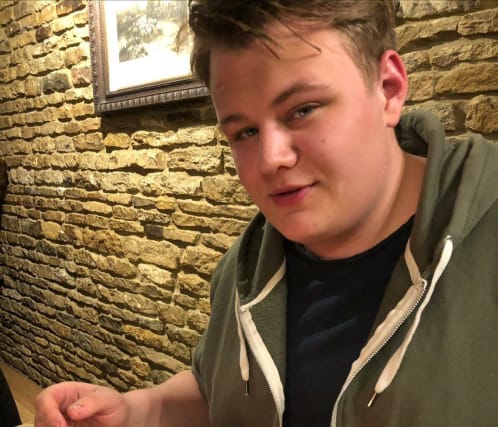 The parents of teenage motorcyclist Harry Dunn have written to Foreign Secretary Dominic Raab in a bid to reach “common ground”.

The PA news agency understands that the 19-year-old’s mother Charlotte Charles and father Tim Dunn have requested a further meeting with Mr Raab “urgently” and would attend in “good faith”.

In the letter, Harry’s family have said their position is that the Foreign Secretary should be approaching them for a meeting, but they have reached out to “find a way forward” after their recent public exchanges.

Last month, Harry’s father travelled to Mr Raab’s constituency in Esher and Walton in order to confront him over his handling of the case.

The teenager was killed when his motorbike was involved in a head-on collision with a car outside RAF Croughton in Northamptonshire on August 27.

The suspect in the case, 42-year-old Anne Sacoolas, claimed diplomatic immunity after the crash and was able to return to the US.

Addressed to Mr Raab himself, the letter asks the Foreign Secretary for details about what the Foreign Office has done to help the family and the reasons why their “damaging” meeting on October 9 was allowed to go ahead despite the family being “lured… on a false pretence and that there would be good news”.

“Although it is the parents’ position that it is you, their Foreign Secretary, who should be approaching them with updates in this matter, and notwithstanding everything that has gone before, the family are willing to reach out to you again with a view to arranging a further meeting with you urgently.

“If you are willing to meet with them and me, we will attend any such meeting in good faith.”

Addressing what the parents would like the meeting to involve, the letter continues: “You have stated a number of times publicly that you are doing everything in your power to help.

“The family would like a detailed explanation of each and every step you and your team have taken in support of that statement and what the response has been from the American administration.

“The parents would also like a detailed explanation from you as to how that very damaging meeting (on October 9) was allowed to transpire despite us having been lured to the meeting on a false pretence and that there would be good news.

“As you may have heard after the meeting outside your door, the parents were extremely upset with you.

“Having dealt with those difficult yet important issues, then hopefully moving on to a more positive discussion with an update from you please on the current position vis a vis Anne Sacoolas as you and the FCO see it and next steps.”