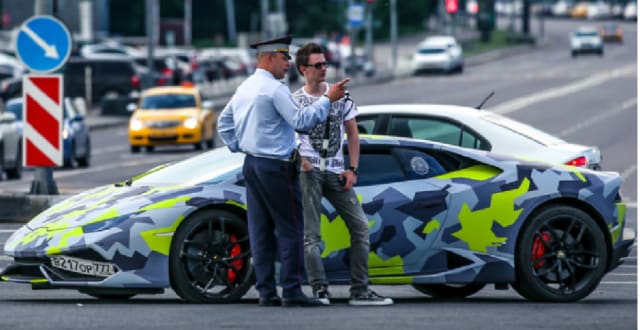 A Russian accused of running the world’s most harmful cyber crime group which used computer viruses to cheat UK victims out of hundreds of millions of pounds is facing charges for hacking and fraud.

Maksim Yakubets, 32, from Moscow, who is said to run the group Evil Corp, has been indicted in the US over two international computer hacking and bank fraud schemes in operation since 2009, officials announced at a press conference in Washington DC on Thursday.

The National Crime Agency (NCA), Metropolitan Police and the National Cyber Security Centre worked alongside the US Justice Department and FBI on the long-running investigation into the group which is described as representing the “most significant cyber crime threat to the UK”.

Evil Corp targeted the UK for almost a decade with several types of malware which would intercept bank transfers from members of the public and businesses, the NCA said.

The nature of the software means some people will never know they have been infected or the cause of the lost money.

Yakubets, accused of operating online under the name Aqua, is said to have employed dozens of people to run his operation from the basements of Moscow cafes.

If he ever leaves Russia, he will be arrested and extradited to the US to face charges and a series of financial sanctions have been imposed by the US Treasury.

The announcement comes after the NCA and Met previously targeted a network of money launderers with which he is accused of having links who had funnelled profits back to Evil Corp.

So far eight people have been convicted and are serving 40 years in prison between them.

At the press conference NCA director Rob Jones described how Yakubets led a “flamboyant,” “extravagant” and lavish lifestyle in Russia which was “cash rich with fast cars” and said to have been funded by stealing from victims.

He drives a customised Lamborghini supercar with a personalised number plate that translates to Thief and spent over a quarter of a million pounds on his wedding, the NCA said.

He is on the FBI’s most-wanted cyber criminals list and is now subject to a five million US dollars US State Department reward – the largest ever reward offered for this type of offender.

Fellow Russian Igor Turashev, 38, is accused of being Yakubets’ administrator and has also been indicted for cyber crime offences.

Mr Jones accused the pair of being “two of the most prolific cyber criminals in the world” and said the case was a “landmark in history” for the NCA in which a “trail of breadcrumbs” was painstakingly followed over nine years.

They are believed to have targeted thousands of victims and 300 organisations in 43 different countries.

The downloaded malware then remains hidden on a victim’s computer to gather private and personal data, which is subsequently exploited to steal money and enable fraud.

Assistant US attorney general Brian Benczkowski said: “Maksim Yakubets allegedly has engaged in a decade-long cybercrime spree that deployed two of the most damaging pieces of financial malware.”

The malware known as Bugat or Dridex was designed to steal theft of confidential personal and financial information, such as online banking details, from infected computers.

Another form, known as Zeus is designed to “empty out” bank accounts of victims, Mr Benczkowski said.

He accused Yakubets of being a “true 21st century criminal who, with the stroke of a key and the click of a mouse, committed cybercrimes across the globe”.

Lynne Owens, director general of the NCA, said: “The significance of this group of cyber criminals is hard to overstate; they have been responsible for campaigns targeting our financial structures with multiple strains of malware over the last decade.

“We are unlikely to ever know the full cost, but the impact on the UK alone is assessed to run into the hundreds of millions.”