What are the parties offering on transport? 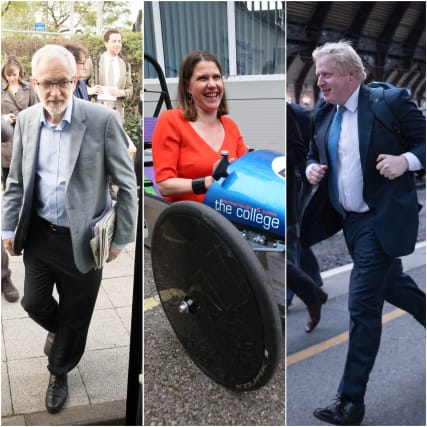 Pledges to improve transport links have played a key part in campaigning for the General Election.

Here the PA news agency looks at what the main parties are saying.

– What could happen to the railways?

Labour is committed to bringing the operation of trains back into public ownership and slash regulated fares in England by a third, saving commuters an average of more than £1,000 a year.

The Tories have promised to build Northern Powerhouse Rail between Leeds and Manchester, invest in better services for the Midlands, the South West and East Anglia, and reopen lines closed under the Beeching cuts in the 1960s.

Fares for commuters and season ticket holders would be frozen for a parliament under a Lib Dem government.

The Conservative manifesto notes the high speed rail project’s increasing costs and delays, stating that the party will “consider the findings” of the Government-commissioned Oakervee Review.

Labour commits to “completing the full HS2 route” while the Lib Dems offer “continued commitment” to the scheme.

– How about Heathrow expansion?

The Tories say it is up to Heathrow to demonstrate it can meet air quality and noise obligations before a third runway can be built.

Labour leader Jeremy Corbyn and shadow chancellor John McDonnell have both signalled the project may be blocked if the party wins the election, and the Lib Dems have gone further by fully opposing any expansion of Heathrow, Gatwick or Stansted.

– Most journeys in the UK are made by car. What will the parties do about roads?

Some £28.8 billion of road upgrades are planned by the Tories, as well as the “biggest ever pothole-filling programme”.

Labour will invest in “neglected local roads” and the Lib Dems want to reduce the need for car travel by boosting public transport.

– What will happen to buses after the election?

Free bus travel for passengers aged under 25 will be introduced under Labour’s plans, and 3,000 axed routes will be reinstated.

The Conservatives have pledged to invest in frequent buses with low, flat fares in urban areas, with the Lid Dems committed to restoring routes and adding new ones “where there is local need”.

– What are the promises on local transport?

The Tories commit to investing £4.32 billion in local transport across England, with local leaders in eight areas deciding how to spend the money.

Labour says it will deliver local infrastructure projects that “every region of our country deserves”, with the Lib Dems promising to give new powers to local authorities and communities to improve transport in their areas.

– Are the parties pledging to boost cycling?

Labour has promised to make England one of the best countries in the world for walking and cycling if it wins the election, while the Lib Dems have committed to a five-fold increase in spending on cycling.