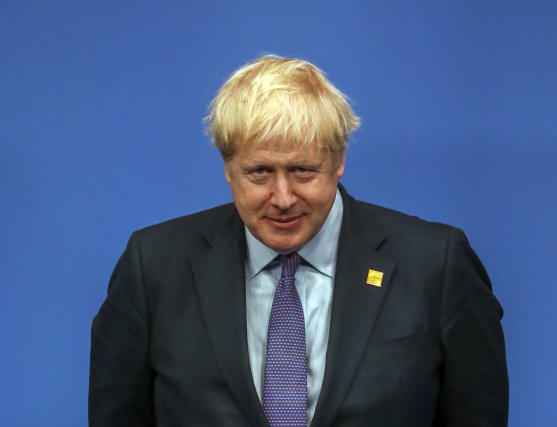 The Conservatives have promised to cut taxes for families in a post-Brexit February budget as the party set out their plan for the first 100 days of government.

Boris Johnson said 2020 will be “the year we finally put behind us the arguments and uncertainty over Brexit” if the Tories get a majority at the General Election.

The plan has been branded “pure fantasy” and the Prime Minister has been accused of lying to the public, with the Liberal Democrats saying that a Tory government would “remain completely consumed by Brexit not just for the next 100 days, but for years to come”.

The Tories said a Conservative government would announce its legislative programme on December 19 in a new Queen’s Speech, adding that they will bring back the EU Withdrawal Act Bill before Christmas with all Conservative MPs backing the legislation.

Before 100 days have passed, the Tories said they would have delivered a “post-Brexit Budget” in February which will cut taxes for hardworking families.

The Tories have promised to raise the threshold for national insurance contributions to £9,500, with the “ultimate ambition” to increase it to £12,500, which would “put almost £500 per year in people’s pockets”, according to the party’s manifesto.

The Times newspaper said it has been told that the spending plan could include 15 hours of free childcare a week for two-year-olds.

In the first 100 days, the party said they will change the law to end the automatic release of serious violent and sexual offenders at the halfway point, and launch a review of defence, security and foreign policy.

They said they would also legislate for a funding increase to schools, change the law to increase the amount that migrants pay to use the NHS, begin cross-party talks to find a solution to the challenge of social care, and finalise an agreement with mobile phone operators to improve mobile service in the countryside.

The party also said they will have introduced legislation to ensure the extra £33.9 billion per year they say they are putting in to the NHS by 2023 is enshrined in law, legislation to create a new Australian-style points-based immigration system, and legislation for tougher sentences to ensure terrorists spend longer in prison.

They have also promised to introduce legislation to create a system which prevents “vexatious claims” being brought against Armed Forces veterans, Gigabit capable broadband across the UK, and the future schemes for trade, agriculture, fishing and the environment once we leave the EU.

The Conservatives said a Boris Johnson government will have passed the Withdrawal Agreement and delivered Brexit by March 22.

Mr Johnson said: “If there is a Conservative majority next week, we will get Brexit done by the end of January. 2020 will then be the year we finally put behind us the arguments and uncertainty over Brexit.”

Liberal Democrat deputy leader Sir Ed Davey said: “Boris Johnson is once again lying to the British public by pretending he can actually deliver on any of these promises.

“This is pure fantasy. A Tory government would remain completely consumed by Brexit not just for the next 100 days, but for years to come.”

Andrew Gwynne, shadow secretary of state for communities and local government, said: “The Tories have had 3,494 days in office, and in those days we’ve seen child poverty soar, rising homelessness, rising food bank use, and violent crime is up too. The NHS has more people waiting for operations, and record staff vacancies.”

Mr Johnson was asked on ITV’s Peston if everybody will stop talking about Brexit after the end of January, and he said: “Yes, and now let me say something.

He also denied that Conservative parliamentary candidates were forced to sign up to his deal, saying: “I have not forced them, that is totally unfair, there was absolutely no lobotomy…”

Pressed on whether he did not say they could not be candidates, he said: “No, not at all.”

Tom Brake, Lib Dem Brexit spokesman, said Mr Johnson “pretending that Brexit will be over by January is insulting to the British public”.

Meanwhile, a Savanta ComRes poll for the Daily Telegraph has the Tories on 42%, Labour on 32%, and the Lib Dems on 12%.

According to voting analysis website Electoral Calculus, if the parties were to achieve these vote shares, it would result in the Conservatives having a comfortable majority of 48.

Chris Hopkins, head of politics at Savanta ComRes, said: “There’s still a lot to play for – including the sharp increase in those who have told us in this poll they’re likely to vote for minor parties or independent candidates – but time is running out for the established parties to make their pitch to voters that a cross should be placed next to their name in one weeks’ time.”