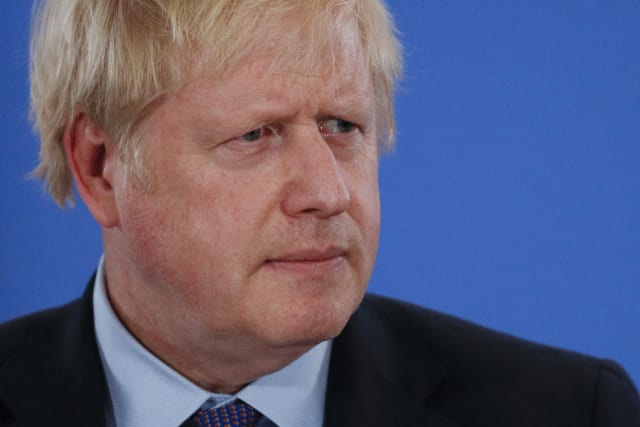 The Conservatives have set out their plan for the first 100 days of government, promising to pass Boris Johnson’s withdrawal agreement and deliver Brexit by March 22.

Mr Johnson said 2020 will be “the year we finally put behind us the arguments and uncertainty over Brexit” if the Tories get a majority at the General Election.

The plan has been branded “pure fantasy” and the Prime Minister has been accused of lying to the public, with the Liberal Democrats saying that a Tory government would “remain completely consumed by Brexit not just for the next 100 days, but for years to come”.

A Conservative government would announce its legislative programme on December 19 in a new Queen’s Speech, the party said, adding that they will bring back the EU Withdrawal Act Bill before Christmas with all Conservative MPs backing the legislation.

Before 100 days have passed, the Conservatives said they would have delivered a “post-Brexit Budget” in February which will cut taxes for hardworking families, changed the law to end the automatic release of serious violent and sexual offenders at the halfway point, and launched a review of defence, security and foreign policy.

The party said in the first 100 days they would legislate for a funding increase to schools, change the law to increase the amount that migrants pay to use the NHS, begin cross-party talks to find a solution to the challenge of social care, and finalise an agreement with mobile phone operators to improve mobile service in the countryside.

The party also said they will have introduced legislation to ensure the extra £33.9 billion per year they say they are putting in to the NHS by 2023 is enshrined in law, legislation to create a new Australian-style points-based immigration system, and legislation for tougher sentences to ensure terrorists spend longer in prison.

They have also promised to introduce legislation to create a system which prevents “vexatious claims” being brought against Armed Forces veterans, Gigabit capable broadband across the UK, and the future schemes for trade, agriculture, fishing and the environment once we leave the EU.

The Conservatives said a Boris Johnson government will have passed the Withdrawal Agreement and delivered Brexit by March 22.

Mr Johnson said: “If there is a Conservative majority next week, we will get Brexit done by the end of January. 2020 will then be the year we finally put behind us the arguments and uncertainty over Brexit.

“We will get Parliament working on the people’s priorities – delivering 50,000 more nurses and 20,000 more police, creating millions more GP appointments, and taking urgent action on the cost of living.

“But if the Conservatives don’t get a majority, then on Friday 13 we will have the nightmare of a hung Parliament with Jeremy Corbyn as Prime Minister propped up by Nicola Sturgeon’s SNP.

“Next year will be Groundhog Day in Parliament with MPs arguing every day about the referendum and businesses and families left in limbo, unable to plan their futures.”

Liberal Democrat deputy leader Sir Ed Davey said: “Boris Johnson is once again lying to the British public by pretending he can actually deliver on any of these promises.

“This is pure fantasy. A Tory government would remain completely consumed by Brexit not just for the next 100 days, but for years to come.

“We must prevent Johnson getting a blank cheque to crash Britain out of the EU by the end of 2020.”

Andrew Gwynne, shadow secretary of state for communities and local government, said: “The Tories have had 3,494 days in office, and in those days we’ve seen child poverty soar, rising homelessness, rising food bank use, and violent crime is up too. The NHS has more people waiting for operations, and record staff vacancies.

“As the Conservatives approach 3,500 days of failure, it’s clear that more of the same failed austerity, privatisation and tax giveaways for the few is not the answer.”