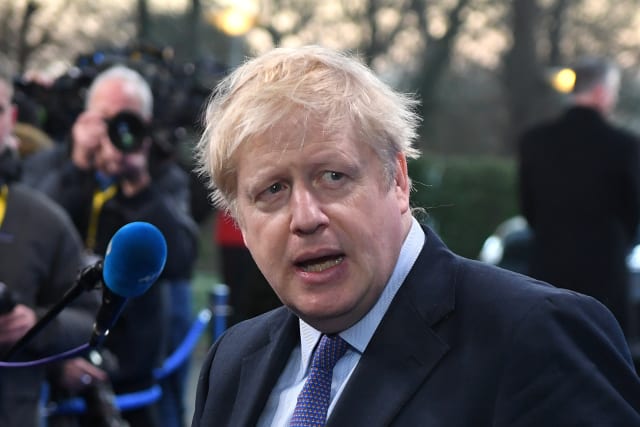 Boris Johnson will hope his election battle does not come off the tracks as he takes a breather from campaigning at the Nato summit attended by Donald Trump.

The Prime Minister has ducked one-on-one photo opportunities with the US president thus far in the two-day meeting of alliance leaders in Watford, near London, and has instead sought to shine a light on domestic policy pledges.

Tory officials will hope Mr Trump avoids any outbursts which could hamper their campaign – a wish that could prove tricky as he is set to take questions from journalists at a press conference on Wednesday afternoon.

Meanwhile, the president – who said yesterday that America wants “nothing to do with” the NHS despite Labour’s claims it would be up for sale – tweeted that he had “enjoyed” his meeting with the PM on Tuesday evening, and said they talked about “numerous subjects”.

Mr Johnson, who insisted he would be photographed with “every possible leader” as he arrived at the summit, will return to the campaign trail later this afternoon with a visit to Buckinghamshire.

He has announced plans to ramp up security at public venues against the threat of terrorism – requiring venues to assess the threat of an attack and take steps to prepare as part of their health and safety strategy.

The PM said: “It is no longer sufficient for public venues to prepare for accidental threats like fire.

“They need to reduce their vulnerability to people who seek to perpetrate violent acts, too.”

Elsewhere on the campaign trail, Labour will vow to end “rip-off Britain” as party research alleges that the Tories have cost families nearly £6,000 a year by failing to curb rising bills.

By contrast, Labour says its plans to nationalise key utilities and increase wages will make households nearly £7,000 better off each year if it wins the December 12 election.

The Tories said Labour’s claim it would reduce living costs “defies belief”, while accusing the party of standing on a manifesto containing tax hikes for “ordinary hardworking people”.

Shadow chancellor John McDonnell is to highlight the scale of inequality in the UK during a speech in Birmingham on Wednesday as Labour criticises the Conservatives for creating a “cost-of-living crisis”.

“As chancellor, I want to ensure Government has sound finances, but I want more than that. I want every family, every household in Britain to have sound finances,” he is expected to say.