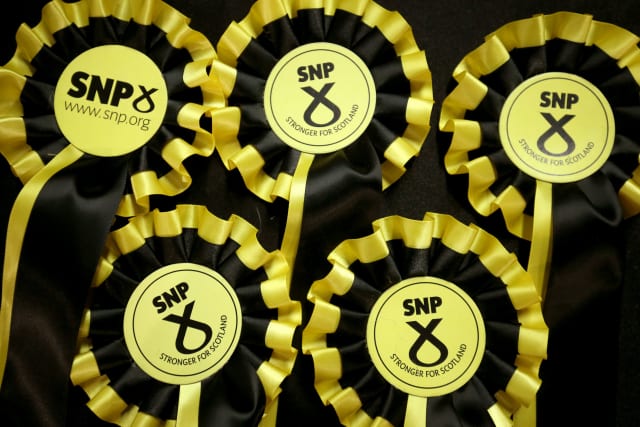 SNP candidate Lisa Cameron has said Nazi symbols scrawled on one of her campaign leaflets shows “anti-Semitism on our doorsteps”.

The East Kilbride, Strathaven and Lesmahagow hopeful had the campaign literature sent back to her office with swastikas across her face and on top of a section about anti-Semitism.

Dr Cameron has been the subject of abuse before, when a fake Twitter account purporting to be her was created in November, after which she vowed “not to let the bullies win”.

A defiant tweet from the candidate said: “Shocking antisemitism on our doorsteps now as my leaflet is defaced and sent back to me by racist cowards.

“If your aim is to deter democracy you won’t win.”

The section on anti-Semitism, which was defaced by the graffiti, said: “Members of my family escaped Dresden and I have been appalled by issues of antisemitism in today’s politics.

“I have been working with the Holocaust Education Trust to educate young people on respect and equality.”

Last week, the constituency office of Communities Secretary Aileen Campbell was defaced by vandals who smashed a window and scrawled “SNP OUT” in spray paint on the wall.

Dr Cameron told the East Kilbride News she had experienced the worst of politics during the General Election campaign.

She added: “Racism and anti-Semitism has risen from deplorable depths in politics and a failure to deal with this at the very top.

“Mainstream politics has lost touch with people across the UK, leading to disillusionment and disenfranchisement.”

MSP Gillian Martin, a fellow SNP member, described the act against Dr Cameron as “shocking and cowardly” on Twitter.