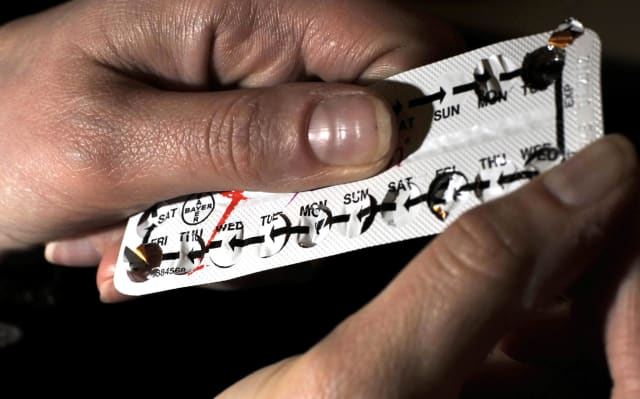 Scientists have developed a contraceptive pill they say women will only need to take once a month.

An American research team funded by the Bill and Melinda Gates Foundation has tested the tablet on pigs, and hopes human trials can begin within a few years, according to a report by the researchers published in Science Translational Medicine.

The pill is designed to resist immediate erosion by stomach acid and would instead sit in the stomach for weeks, slowly releasing the hormones required to prevent a pregnancy, the report said.

Researchers say the pill would offer women more choice, and should allay the fears of women who want to take a contraceptive pill but are worried about forgetting to take a daily dose, thereby reducing unwanted pregnancies.

The pill comprises six outward-spanning arms joined in the middle and folded to fit inside a small capsule.

Once swallowed, when the capsule casing dissolves, the arms spread out again so that the contraceptive assumes a size too large to be passed straight away.

Ameya Kirtane, of the Koch Institute for Integrative Cancer Research, said: “Coming up with a monthly version of a contraceptive drug could have a tremendous impact on global health.

“The impact that oral contraceptives can have on human health and gender equality cannot be overstated.”

Trials on pigs found animals given the monthly tablet had the same level of the hormone in their bloodstream as those given a daily dose.

The hormone was still present in the pigs 29 days after administration.

“Patient adherence to medications can be increased by reducing dosing frequency,” the research team wrote in their report.

“Adherence to monthly therapies is greater than adherence to weekly and daily therapies. Hence, an orally administered long-acting contraceptive could improve patient adherence in the population that prefers pills.”