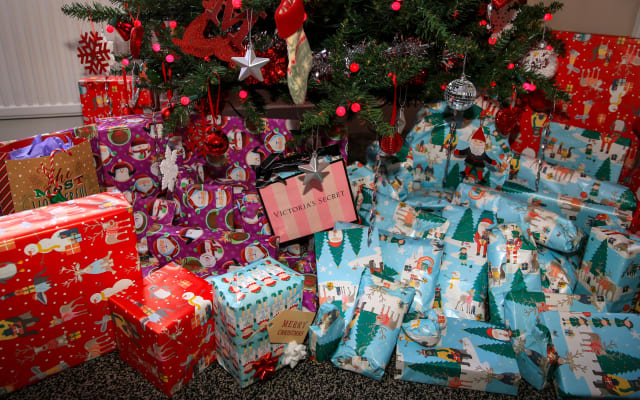 People will typically spend nearly two weeks’ worth of wages on Christmas, a survey has found.

In total, those questioned plan to spend £727 on average on the festivities, including presents, preparations and celebrations with work colleagues.

Nationwide Building Society, which released the research, said this amount equates to nearly two weeks’ worth of take-home pay, based on average UK wages.

Around one in 12 people plan to spend more than £800 on Christmas gifts for family members this year, the survey of 2,000 people found.

Some 8% of people surveyed by Nationwide Building Society predict they will spend more than this sum on presents alone.

On average, people expect to fork out £363 on gifts for relatives.

Children will receive the most expensive presents, the research suggests, with those surveyed predicting they will spend £67 per child.

The next largest amounts of cash will go on spouses and partners, who can expect to receive gifts worth £63 on average.

But one in 25 (4%) people admit they will not buy anything for their other half.

Men spend an average of £10 more on their partner than women, the research suggests.

After children and partners, mothers are next in the Christmas gift pecking order, with around £40 being spent on them, followed by fathers, who can expect to receive presents worth £33 typically.

People said they plan to spend £28 on average on grandparents, with siblings and in-laws having £31 and £30 spent on them respectively.

Meanwhile, pets will be treated to £20 worth of gifts typically – just £2 less than people plan to spend on their aunts or uncles, at £22 on average.

Not all giving is voluntary – nearly a quarter (23%) of people said they felt pressured into buying Secret Santa presents for colleagues.

The research also revealed that more than two-fifths (42%) of men do not set a Christmas budget, nor do a third (33%) of women.

People in Wales are least likely to plan, with nearly half (49%) having no strategy for their festive spending, the research found.

Those in the North East of England (45%) and Scotland (44%) are also among the most likely to have no budget in place.

People in the South West of England were found to be the best Christmas planners. Three in 10 (30%) people surveyed there buy items for Christmas two to six months in advance.

As a result of last year’s Christmas spending, nearly one in five (18%) people said they struggled financially, while one in 10 (10%) ended up deep into their overdraft. And 7% said they started 2019 in significant debt.

Guy Simmonds, head of current account customer management at Nationwide, said: “The cost of Christmas can quickly mount up, with people spending an average of two weeks’ salary funding the festive period.

“It’s incredibly easy to spend more than we can afford, which is why many of us start the new year in debt.

“Planning is vital to sensible spending. We would encourage people to set a budget they can afford and stick to it.”