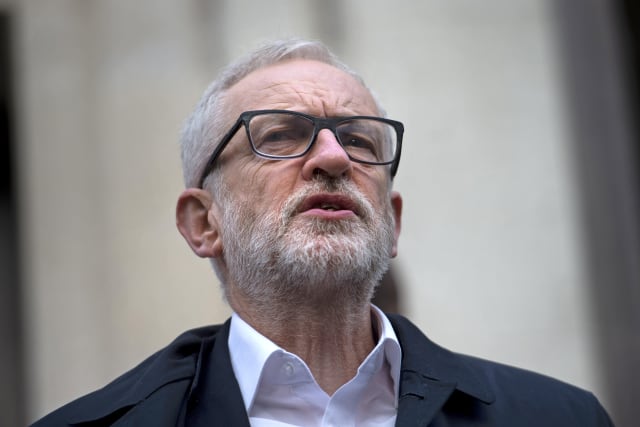 A left-leaning political magazine has called Jeremy Corbyn “unfit to be prime minister” and is refusing to endorse the Labour Party at the forthcoming election.

The New Statesman, a century-old publication with a long association with the Labour Party, has ruled out backing the current party leader for premier as it did in 2017.

“His reluctance to apologise for the anti-Semitism in Labour and to take a stance on Brexit, the biggest issue facing the country, make him unfit to be prime minister,” said the magazine.

It is understood to be the first time the New Statesman has explicitly declined to back a Labour administration in the run-up to a general election since the title’s inception in 1913.

In the issue due out on Thursday, the editorial will urge voters to deny Conservative Party leader Boris Johnson a “hard Brexit” majority – but to do so on a constituency-by-constituency basis rather than uniting behind one rival party.

The New Statesman praises Labour’s membership revival under Mr Corbyn’s leadership and its “bold manifesto” but says the “essential judgment” on who leads the country “must be made on Mr Corbyn himself”.

The magazine was pro-Tony Blair’s leadership of the Labour Party and endorsed ex-leader Ed Miliband for prime minister in 2015.

But the publication, affectionately referred to as “The Staggers” on occasion, said it had “resolved to endorse no party at this General Election”.

It was highly critical of Boris Johnson’s leadership, arguing that he had turned the Conservative Party “from a broad church into a Leave sect” after removing the whip from 21 Tory MPs who defied him over a no-deal Brexit earlier this year.

The magazine said the Prime Minister’s politics were “one of oligarchy and demagogy” and that he was driven by “monstrous ambition”.

Despite declining to back replacing Mr Johnson with an administration led by Mr Corbyn, the New Statesman said: “It would be a travesty if, after a decade of destructive austerity, the Conservatives were rewarded with another majority.”

Discussing the other parties available, the editorial writers deemed the Liberal Democrat policy of revoking Brexit if it secured a majority at the election “illiberal and undemocratic”.

And, while the publication stated that it would “welcome more Green MPs” in an age dominated by the threat of climate change, it did not go the whole hog of endorsing the Green Party.

Instead, it urged readers to “deprive Mr Johnson’s hard Brexit Conservatives of a majority”.

“There are many fine parliamentarians from all parties – Luciana Berger, Joanna Cherry, Jess Phillips, Rosie Duffield, Jim McMahon, Dan Jarvis, Sarah Wollaston, Rachel Reeves, to name only a few – whose fortitude and resilience are admirable,” said the editorial.

“Readers should judge their local candidate on his or her merits and commitment to social reforms, to green public investment, to civic values and to progressive politics.”