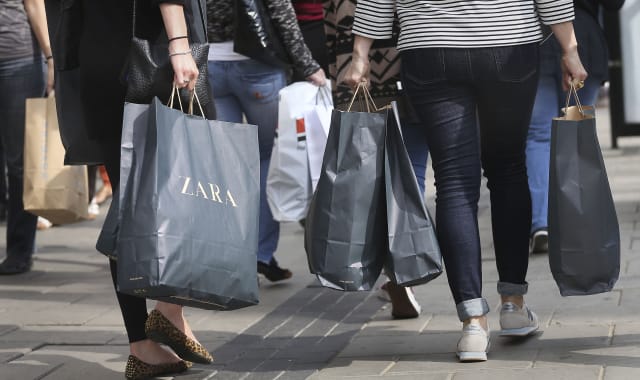 Britain’s all-important services sector has slipped back into contraction as faltering consumer spending and wet weather saw the steepest drop in activity since March, according to a report.

The latest Markit/CIPS services purchasing managers’ index (PMI) recorded a reading of 49.3 in November, down from 50 in October.

A reading above 50 indicates growth while one below that represents contraction.

The report said mounting signs of consumer caution amid Brexit and election uncertainty saw shoppers hold off from splashing out on so-called big ticket items, while project work and exports were also hit hard.

The figures from the sector – which accounts for around 80% of wider UK gross domestic product (GDP) – fanned fears that the UK is struggling to eke out growth in the final quarter of 2019.

Tim Moore, economics associate director at IHS Markit, which compiles the survey, said: “November’s PMI surveys collectively suggest that the UK economy is staggering through the final quarter of 2019.”

The services figures cap a gloomy trio of PMI reports from the main sectors of the economy, with the composite output index also pointing to falling overall activity last month after a reading of 49.3 in November, down from 50 in October.

This signals UK gross domestic product (GDP) contracting at a quarterly rate of around 0.1%, according to Markit/CIPS.

Mr Moore added: “Service providers reported concerns that consumer appetite for big-ticket purchases has begun to falter while those reliant on consumer footfall and discretionary spending noted the negative impact of unusually wet weather in November.”