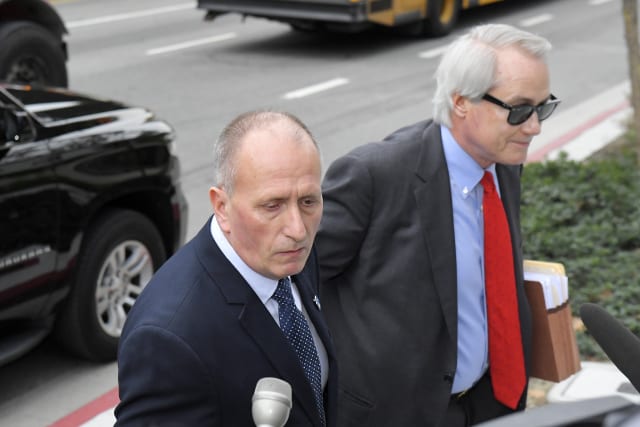 Vernon Unsworth’s voice cracked as he gave evidence in his defamation case against the Tesla co-founder.

The row started when Mr Unsworth, who helped with the perilous underwater rescue of children trapped in a Thai cave, dismissed Mr Musk’s offer of aid as a publicity stunt.

Mr Unsworth, who divides his time between London and Thailand, gave evidence at a Los Angeles court on Wednesday and appeared on the verge of tears while describing the impact of Mr Musk’s tweets.

Asked how he felt after seeing Mr Musk’s tweeted, he replied: “It feels very raw. I feel humiliated. Ashamed. Dirtied.

“From day one I was given a life sentence without parole. And at times I feel very vulnerable, it hurts to even talk about it.

“I feel very vulnerable. Especially when I’m in the UK.  I feel sometimes very isolated. I have tried to deal with it on my own but I bottled it up.”

“I find it disgusting,” he said. “I find it very hard to even read the word, never mind talk about.”

Mr Unsworth was then asked about a follow-up tweet from Musk, in which he said words to the effect of “Don’t you think it’s strange he hasn’t sued me?”

Mr Unsworth said he was “obviously” aware of the post, and asked what it meant, replied: “If I did not (sue) it must be true. Which it is not.”

The British diver said his name is “tagged with being a paedophile”.

Discussing the impact of the tweets, he said: “I have probably lost a bit of self confidence. I have good days and bad days.”

“I still feel dirtied,” he added.