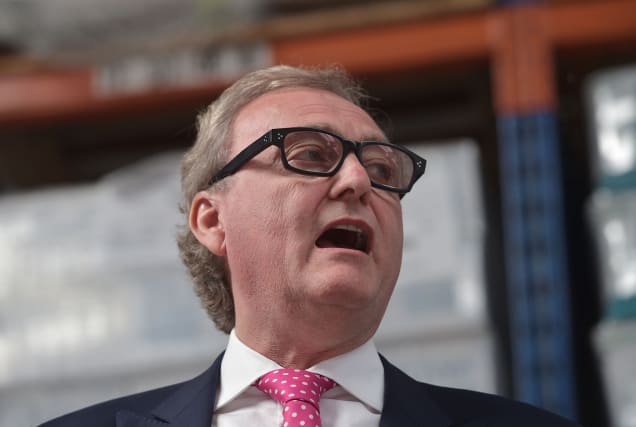 The Brexit Party has sacked one of its most high-profile figures and MEPs, accusing him of having “undermined” Nigel Farage’s strategy.

John Longworth is a former director-general of the British Chamber of Commerce who left the organisation after coming out in favour of leaving the European Union three months before the 2016 referendum.

He was one of 29 of Brexit Party candidates to be elected to the European Parliament at the May elections as part of Nigel Farage’s return to frontline politics.

It is understood Mr Longworth was dissatisfied with the Brexit Party leader Mr Farage’s insistence on fielding candidates in Labour marginal seats in a move that could prevent Boris Johnson from securing a Tory majority.

The party leader last month announced he would not contest the 317 seats won by the Tories at the 2017 election but has pushed ahead with attempt to win in Labour heartlands in the North and Midlands of England.

Mr Monteith said: “We regret having to remove the whip, but we have been left with no alternative after John Longworth repeatedly undermined the party’s Brexit strategy over the last few months.

“The Brexit Party shall not be deflected from, or undermined in, its campaign to win Labour seats.

“We are receiving a great reception from disenchanted Labour voters and have believe we have a good chance of winning in many seats.”

Mr Longworth, who represents the Yorkshire and Humber region, will be removed from the Brexit Party Group in Brussels with immediate effect, the Eurosceptic outfit confirmed.

The outspoken businessman had re-tweeted criticism of Mr Farage’s targeting of Labour voters as recently as mid-November.