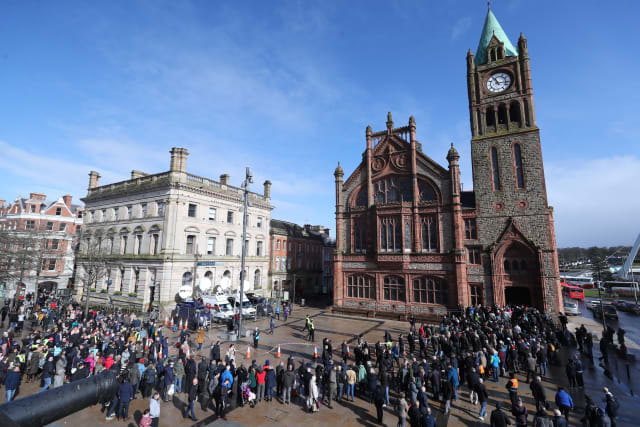 Twenty-five witnesses are to be called in the prosecution of a former serviceman accused of two murders on Bloody Sunday.

The case of Soldier F, who also faces five attempted murder charges in relation to the shootings in Londonderry on January 30 1972, was heard before a district judge in Derry Magistrates’ Court.

The veteran was not present for the short hearing on Wednesday.

The ex-paratrooper’s barrister Mark Mulholland QC is to challenge any decision to send his client for trial.

The case was adjourned until January 17.