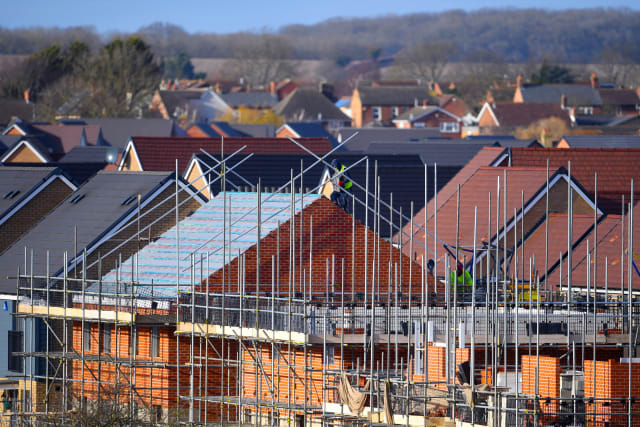 Britain’s builders have suffered the longest run of declining new orders for six years as Brexit and election uncertainty keep the sector firmly in contraction, according to new figures.

The closely-watched Markit/CIPS UK construction purchasing managers’ index (PMI) showed the volume of new work fell for the eighth month in a row in November – marking the longest phase of decline since 2013.

It signalled activity overall in the sector contracted once again last month, but at the slowest pace for four months.

A reading above 50 indicates growth while one below that represents contraction.

This was the slowest pace of decline since July, though the PMI reading has shown output falling for seven consecutive months now.

Economists cautioned the sector’s performance fuels fears over a difficult final quarter for the wider economy.

The figures come after the PMI manufacturing report on Monday showed a deepening downturn in November while recent “flash” initial readings for all three major sectors suggested the economy contracted last month at its fastest rate since the aftermath of the EU referendum.

He said: “There is clearly a very real danger that the economy could stagnate.

“For the economy to grow at all over the fourth quarter, it is likely to need consumers – who have been the most resilient sector of the economy – to spend a decent amount over Christmas and its run-up.”

However, firms polled in the survey reported client confidence continues to be knocked by Brexit uncertainty, as well as the December 12 snap General Election, with hesitancy to commit to new projects until the outlook is clear.

Recent wet weather has also dampened activity, according to the report.

Firms surveyed for the PMI reported actions to cut costs in the face of softer demand, which saw a sustained drop in employee numbers.

Some firms said they were choosing not to replace staff when they left.

With optimism among builders remaining at significantly lower-than-average levels in November, there is little hope of a swift turnaround in the sector.

“The sector’s downhill course, even with a slight uplift in the figures this month, looks set and there’s no sign construction can dig itself out just yet,” added Mr Brock.