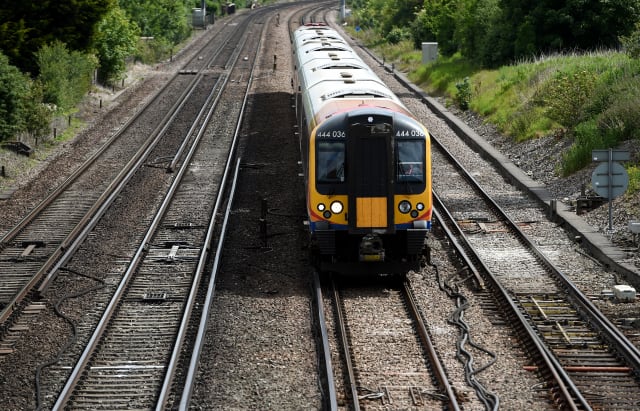 Local public transport across England will receive a £4.2 billion investment if the Conservatives win the General Election, the party has pledged.

As part of the new and devolved Local Public Transport Fund, local leaders in eight mayoral or combined authority areas will have the final say over how the additional money is spent.

Transport Secretary Grant Shapps said local trains, buses and trams would be boosted in England’s biggest cities and the towns around them under the Tories’ plans.

The Local Public Transport Fund will give local leaders the “control and certainty of funding they need to invest”, the Conservatives say.

Under the plans, £4.2 billion will be allocated to the new fund, with more to come from the Government’s former pledge of £100 billion for infrastructure investment in the new Parliament.

The Conservatives said the power and money given to each of the eight combined authorities will vary depending on their need, capacity and ambition.

Each area will also have obligations to raise further sums locally, with commercial developments suggested as an option.

The investment is expected to help projects including: a new metro or light rail in West Yorkshire – including to Dewsbury, Pudsey and Spen Valley; extensions to the Metrolink tram system in Greater Manchester – including to Stockport and Bolton; upgrades to the Tyne & Wear Metro; and new heavy rail lines in the North East.

Other likely places to see investment include: extensions to the West Midlands Metro tram – including to Solihull and Birmingham Airport; new heavy rail or tram-train services around Sheffield; rail extensions and upgrades around Liverpool; and a new MetroWest system around Bristol.

Projects which go beyond individual combined authority boundaries, such as Northern Powerhouse Rail, will be funded from different budgets.

The Tories say the money is in addition to other new local transport funding streams, such as at least £500 million to reopen railway lines closed under the Beeching Report.

Under the Conservatives’ plans, local leaders will also be given significantly more control over existing local rail services, including fares, service patterns, rolling stock and stations.It is also hoped the money will improve buses in each of the eight areas, with a future Conservative government promising to announce a national bus strategy and a long-term funding settlement for buses at the Spending Review in 2020.

Mr Shapps said: “These plans will change the face of local transport in towns and cities across the country.

“They will kick-start the transformation of services so they match those in London, ensuring more frequent and better services, more electrification, modern buses and trains and contactless smart ticketing.

“While Labour has confirmed it will raid the budget to build roads, the Conservatives believe in raising funding, improving quality and delivering value for commuters across the UK.

“This goes to the heart of the choice on December 12: a Conservative majority government that will get Brexit done and deliver the transport investment that our towns and cities need, or a hung Parliament led by Jeremy Corbyn, that would spend the next year consumed by the chaos of two referendums.”

Shadow transport secretary Andy McDonald said: “This announcement is a pathetic attempt to cover up the Government’s disastrous and incompetent failure to invest in public transport.

“Tory cuts have caused public transport fares to rise at twice the rate of wages and thousands of bus routes to be cut, worsening congestion on our roads as a result.

“You can’t trust the Tories to deliver on transport in your region. The North is set to receive £2,389 less per person than London on transport. The Tories have presided over an unbalanced and unequal economy.

“It’s time for real change. Labour will invest in transport across the country, delivering the major and local infrastructure projects every region of our country deserves.”