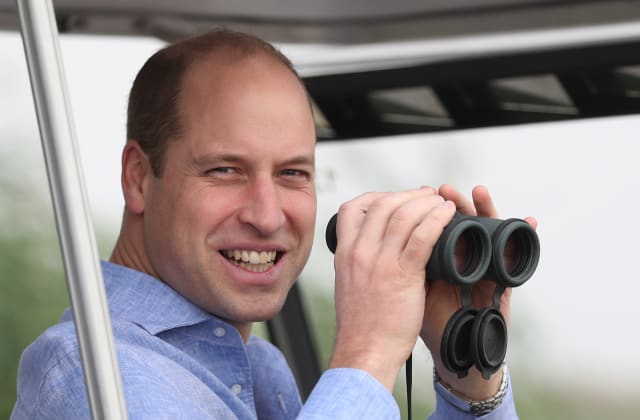 The Duke of Cambridge learned about the scourge of plastic pollution in Kuwait when he joined litter pickers working on a beach.

The duke stopped to chat with representatives from Non-Governmental Organisations (NGOs), environmental volunteers and members of other groups who are following the global movement and tackling the issue.

Dr Abdullah Alzaidan, director general of technical affairs for the Environment Public Authority, which manages the reserve, said the site was important nationally and globally as a haven and refuelling stopover for hundreds of species of migratory birds and others that make it their permanent home.

William toured the reserve by golf buggy, and before he met the litter pickers he was taken to a bird hide where he tried to glimpse lesser flamingoes and greater spotted eagles.

Dr Alzaidan added: “We have four ecosystems here – salt marsh, freshwater, marine and coastal systems. We are trying to raise awareness about what we have.

“The young people here are taking responsibility for combating the pollution, 10 to 15 years ago we would have had a couple of volunteer teams – now there are tens of groups.”