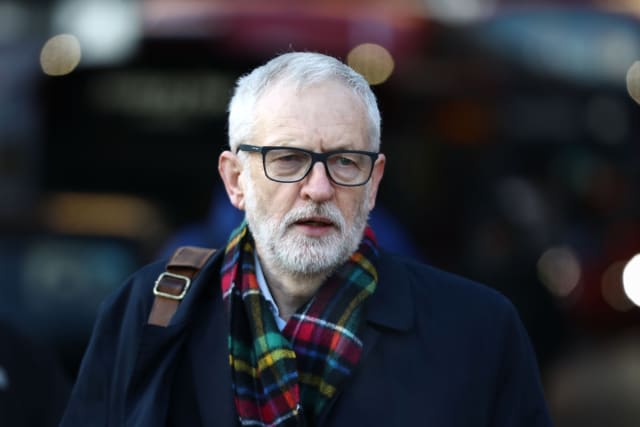 Jeremy Corbyn has insisted his spending pledges are necessary to right a decade of austerity as he pledged to slash regulated rail fares in England by a third from next month.

Labour intends to bring the railways back into public ownership if the party wins the December 12 election and then cut regulated rail fares by 33% from January 2020.

The party estimates the policy would save the average commuter more than £1,000 a year, in what it described as the biggest ever reduction in rail fares.

The policy came as hundreds of thousands of passengers on South Western Railway were facing travel misery on Monday at the start of a 27-day strike in the long-running dispute over guards on trains.

And it came after the UK’s train companies confirmed over the weekend that they will hike prices by an average of 2.7% next year.

Children aged 16 and under would receive free rail travel under Labour’s plans, while part-time workers would be guaranteed “fair” fares.

Mr Corbyn officially launched the policy outside London’s Finsbury Park station in the Islington North constituency he has held since 1983.

“They are not giveaways, they are rebalancing what we had, which was 10 years of austerity in which living standards have often fallen, income levels have been static, and in some cases fallen, and public services have been damaged and reduced,” he told reporters.

“And if all of our spending commitments, the whole of our manifesto, is carried out to every last letter we still barely reach the levels of public services of France or Germany and that’s how far behind we’ve fallen because of the strategy that’s been followed.”

The cold Monday morning saw Mr Corbyn receive a warm reception from both activists and constituents as he was lavished with praise, offers of good luck and posed for multiple selfies, including with rail workers.

His party has also pledged to deliver a simple, London-style ticketing system across the nation – with “islands” within which zonal rail fares will apply across all modes of public transport.

There would be a daily price cap so travellers can pay as they go using bank cards or mobile phones.

Labour estimates that the policy will cost £1.5 billion per year and would come from existing Department for Transport budgets, drawn from Vehicle Excise Duty, commonly known as road tax.

Transport Secretary Grant Shapps described the policy as “another desperate attempt” from Labour to distract voters from “their inability and unwillingness to be straight with people on where they stand on Brexit” and over taxes.

“The Conservatives will improve punctuality by integrating parts of the rail network, make ticketing and pricing more transparent and will invest £500 million in reopening branch lines closed under Labour,” Mr Shapps said.

The Rail Delivery Group, which supports train operators, said fare levels “will always be a matter for elected politicians in deciding the balance of farepayer and taxpayer funding”.

“Rail companies have been calling for some time for changes in regulation to enable an easier-to-use, better-value range of fares, but it’s a red herring to suggest that reforming fares needs a change of ownership,” a spokesman said.

Mick Cash, general secretary of the Rail, Maritime and Transport union, welcomed Labour’s pledges as having the potential to “transform travel for the future, increasing rail passenger numbers and rail jobs to help fight the climate crisis”.