Homes could be without gas for five days after network failure 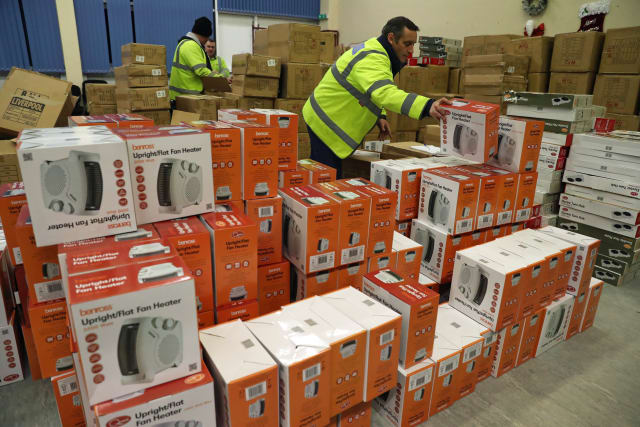 Some people in Scotland could be without gas for five days as engineers work to restore supplies to thousands of homes following a failure in the network.

Gas network company SGN is working to restore supplies to around 8,000 properties after the problem started on Sunday in the Falkirk area, but said it could be Friday or even into next weekend before supplies are restored to everyone.

Fourteen schools, nurseries and education facilities in the area were closed on Monday due to the issue.

SGN has set up an information centre at Camelon Community Centre and said electric hot plates and heaters are available for residents with young children and vulnerable and older people.

The company is drafting in extra engineers from across Scotland to help deal with the problem.

SGN spokesman Denis Kerby told BBC Radio Scotland: “The extreme in terms of getting everyone back on, we’ll be able to restore supplies in areas so we will introduce gas through the network and get people restored so we will start restoring as quickly as we can, that might be a couple of days, but in terms of getting everyone back on we’re looking at five days so it could be up to Friday, it could even creep into the weekend, that is really the worst-case scenario.”

The company said a fault in a piece of equipment that regulates pressure in the gas network was to blame.

Engineers are going door to door to turn off supplies in affected properties and had visited 3,000 homes by the end of Sunday night.

In a statement, SGN said: “Thank you for your patience so far. We appreciate it’s not easy being without your gas supply in the cold weather and we’re doing all we can to get your gas back on as quickly as possible.

“It’s likely it will be several more days until everyone’s gas supplies are restored.

“In the meantime, we’re continuing to work closely with Falkirk Council and Police Scotland, as well as other local organisations, to support the community – prioritising those who are vulnerable to make sure they’re well looked after while they’re without gas.”