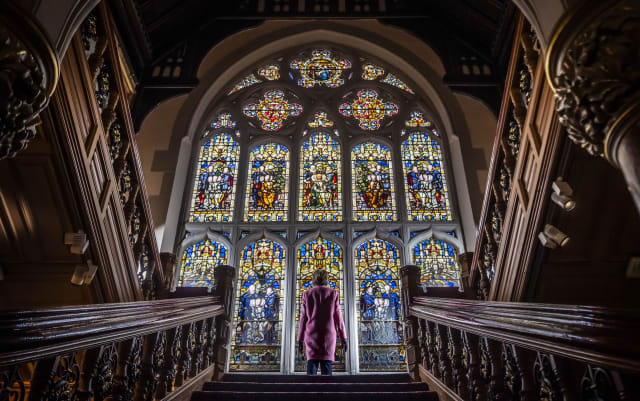 Both Labour and the Conservatives will be trying to cling on to marginal seats in Yorkshire & the Humber on polling day – but it is Labour that faces the biggest challenge.

The party has a dozen constituencies that could potentially fall to the Tories, including some that have been held by Labour for nearly 100 years.

Most at risk is Keighley, where Labour won a majority of just 249 at the 2017 election, and which would change hands on a swing of 0.3%.

Wakefield has been a Labour constituency since 1932. During that time, it has been represented by just five MPs: Arthur Greenwood, Arthur Creech Jones, Walter Harrison, David Hinchcliffe and Mary Creagh.

If Labour support collapses across the region, the Tories could pick up the likes of Rother Valley, where previous MP Kevin Barron is standing down, along with Scunthorpe, Halifax and Don Valley.

Bradford South would fall on a swing of 8.2%, ending a period of uninterrupted Labour representation dating back to 1945.

The scale of potential Labour defeats in Yorkshire & the Humber could prove crucial in deciding if – and by how much – the Conservatives win a majority in the next parliament.

Alternatively, Labour might limit its losses to only two or three seats, and even make gains from the Conservatives.

There are three seats in the region that Labour could realistically take from the Tories: Pudsey (which would fall on a swing of 0.4%), Calder Valley (0.6%) and Morley & Outwood (2.0%).

Morley & Outwood is the constituency once held by Labour shadow chancellor Ed Balls. His defeat in 2015 was one of the big shocks of that election. Victory for Labour in 2019 would give the party a chance for symbolic revenge.

One other seat in this region is worth watching: Sheffield Hallam.

This was won by Labour from the Liberal Democrats in 2017, and as such is a Lib Dem target this time – their only one in this part of the country.

But it is also technically a Labour target, because the winner in 2017 – Jared O’Mara – subsequently resigned from Labour to sit as an independent.