Corbyn pledges to stand up for ‘exploited workers’ 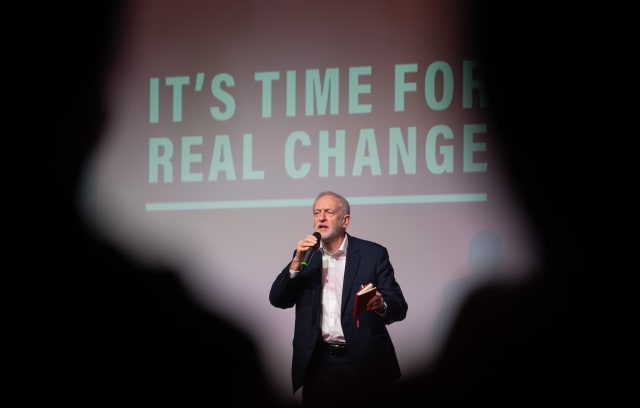 Jeremy Corbyn is pledging to stand up for “exploited, ripped off and dehumanised workers”, as Labour calls out companies it deems to be among the UK’s five worst employers.

The Labour leader is committing to take on the “bad bosses” with what he believes is the biggest expansion of workers’ rights in Britain’s history as the party unveils its work manifesto.

The party claimed Amazon, Sports Direct, outsourcing giant ISS, Asda and Uber are among those with the worst records – but most of the companies quickly hit back.

Labour went on the offensive as Mr Corbyn was to meet cleaners and catering staff who have organised themselves against employers in London on Tuesday.

The party is pledging a £10 minimum wage for all workers, a ban on zero-hours contracts and a requirement that all mid-shift breaks are paid.

Though the commitments have already been announced, Labour was highlighting them as part of its work manifesto.

Mr Corbyn said: “The Conservatives are on the side of bad bosses who have exploited, ripped off and dehumanised workers.

“And we’ll call time on the running down of workers’ rights to organise collectively to boost their pay and improve their working conditions.”

General secretary of the TUC trade union federation, Frances O’Grady, welcomed the plans as “a game-changer”.

Uber, which is appealing after its application for an operating licence was refused in London over concerns about passenger safety and employment practices, defended its record, saying “drivers are at the heart of our service”.

Despite criticism from unions for allegedly failing to pay workers, ISS insisted its employees are paid “fairly and competitively” with a “real living wage” since 2012.

Asda “entirely” rejected Labour’s allegations that the supermarket giant’s flexible contracts mean workers are not paid for breaks and are forced to work weekends and bank holidays, saying staff received pay rises for agreeing to the contracts.

Labour was also launching its manifesto for disabled people with a series of commitments aimed at helping them live independent lives.

Though it plans to abolish Universal Credit (UC), Labour would first ensure all disabled children receiving the Tories’ flagship welfare reform get as much as those on child tax credits, which UC is replacing.

Labour says a child on UC currently gets less than half the basic addition for children on its precursor.

The party was also pledging to increase employment and support allowance by £30 per week for those in the work-related activity group, and to increase the carer’s allowance to the same level as jobseeker’s.

Labour was also pledging to abolish the sanctions regime and scrap the assessments for work capability and personal independence, which it calls “unfit for purpose”.

The commitments, estimated to cost £2.6 billion in 2023/24, come from the £8.4 billion in increased spending Labour has allotted for in-work social security.

Minister for disabled people Justin Tomlinson said the Tories would publish their national strategy looking at the benefit system and the challenges faced by disabled people, next year.

“We recognise that disabled people still face too many barriers to realising their potential and to playing a full part in national life. That’s why a Conservative majority Government will publish our national strategy next year,” he added.