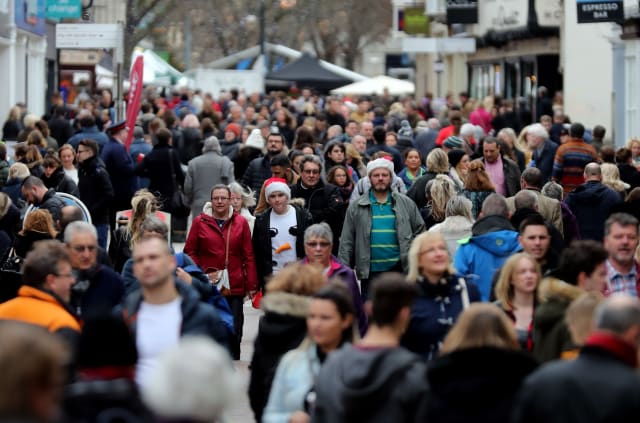 More than one in five smaller businesses say they will close in the next 12 months if Christmas is below average, a new survey suggests.

A poll of senior decision makers at small and medium-sized businesses showed that 22% of them thought they would close within a year of a poor Christmas. 8% said this could happen within a matter of weeks.

The vital Christmas period is seen as a bellwether of performance on the high street, with several larger chains also relying heavily on sales over the holiday period to prop up their top and bottom lines.

The survey from Notonthehighstreet raises the possibility of more bankruptcies in 2020, after several well-known high street brands closed their doors this year.

“It’s clear that many smaller businesses are heavily reliant on the Christmas trading period and a below average Christmas could put them in a precarious situation when it comes to the long term viability of their company,” said Claire Davenport, the chief executive of Notonthehighstreet.

She added that the figures showed what might happen if Christmas was below average, however “the impact of a very poor Christmas could be far more severe,” she said.

Meanwhile, a separate poll of 2,000 people found that though 85% of shoppers say they support local business, a third have not bought anything from a small business in the last six months. Meanwhile 11% reported not buying anything in the last year from smaller firms.

Just 26p in every pound is expected to be spent in small establishments this Christmas, with corporations and chains taking the lion’s share of the seasonal shopping.

“The research figures show that whilst Brits love to shop with small businesses and believe they support them, they aren’t quite putting their money where their mouth is,” Ms Davenport said.