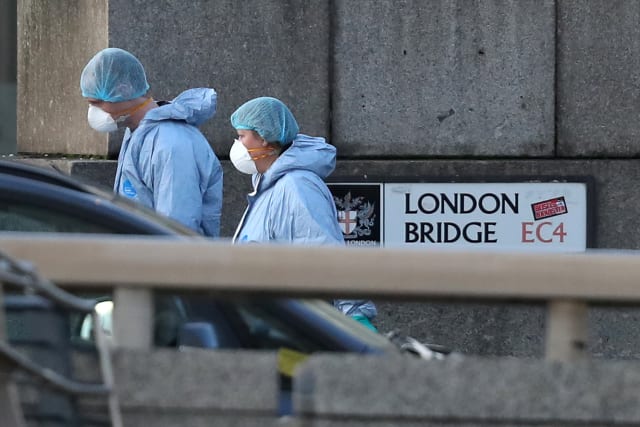 Usman Khan should have been barred from entering central London as part of the conditions of his early release from prison, a former counter-terror chief has said.

The 28-year-old was freed on licence in December 2018 and was wearing an electronic monitoring tag when he launched a knife rampage before being shot dead by police on London Bridge on Friday.

UK head of counter-terrorism policing Neil Basu said Khan had been subject to multi-agency public protection arrangements (MAPPA) and had complied with an “extensive list of licence conditions” following his early release.

MAPPA aims to manage the risks that offenders pose to the public with agencies such as the police, the prison service and probation working together.

Government guidance states “all terrorist and domestic extremist offenders will be risk-assessed” and the “threats that they pose to the community are significant and serious”.

The management plan is tailored to each individual offender but can include a requirement to stay at an approved premises where they can be monitored, a duty to report to an offender manager every week, or even covert monitoring in extreme cases.

A set of licence conditions can also ban contact with children or put an exclusion zone in place for a particular town or city.

The precise terms of Khan’s release are not yet known.

Richard Walton, who headed the Metropolitan Police’s counter-terrorism command between 2011 and 2016, said: “His licence conditions should have restricted him from visiting central London.”

He suggested longer prison terms and better deradicalisation programmes within jails are needed to help stop offenders committing attacks after they are released.

“It is unusual for terrorist prisoners who have been released to go on to commit attacks. Every case is unique and risk assessments are complex,” he said.

“The only way to be 100% certain of zero risk is to keep a prisoner in prison. All forms of surveillance have limitations.”