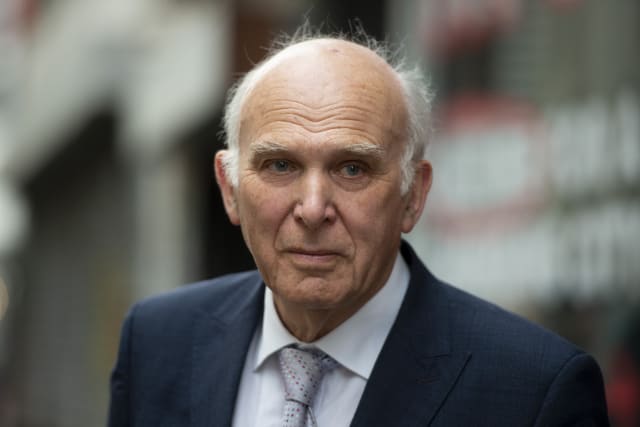 The Liberal Democrats’ policy to scrap Brexit without another referendum has been described as “a distraction and not a very helpful one” by the party’s former leader.

Current leader Jo Swinson replaced Sir Vince Cable in July and the party then adopted a policy at its conference to support revoking Article 50 to cancel Brexit without a second referendum, were the party elected into office.

“I don’t think you could accuse us of not being upfront about wanting to stop Brexit,” she said.

However, speaking to BBC Radio 4’s Today programme on Saturday, Sir Vince criticised the position and said the focus should have been on a second referendum instead.

He added: “I’ve always argued that actually it was wildly improbable.

“We were never going to get 350 MPs, so the policy had been and should be to argue for the People’s Vote, going back to the public, to the referendum with support for Remain.

“So the revoke was a distraction and not a very helpful one.”

In September, Sir Norman Lamb, a former Lib Dem health minister who is standing down as an MP, said the policy was “playing with fire”.

“I don’t feel personally that there are enough people out there trying to find ways to re-unite our country,” Sir Norman told the Today programme.

“I think that the polarisation that we are seeing is incredibly dangerous. I think we are playing with fire in many ways.”

Since the start of the General Election campaign, the Lib Dems have been squeezed in the polls, with Ms Swinson’s favourability figures also declining.

Last week, Sir Vince said there was a only a “one in a million” chance that Jeremy Corbyn will become prime minister as he predicted there will be a hung parliament, a referendum and another General Election.

He also criticised the parties’ promises to spend “more and more and more”, describing the spending pledges as “real Father Christmas stuff”.