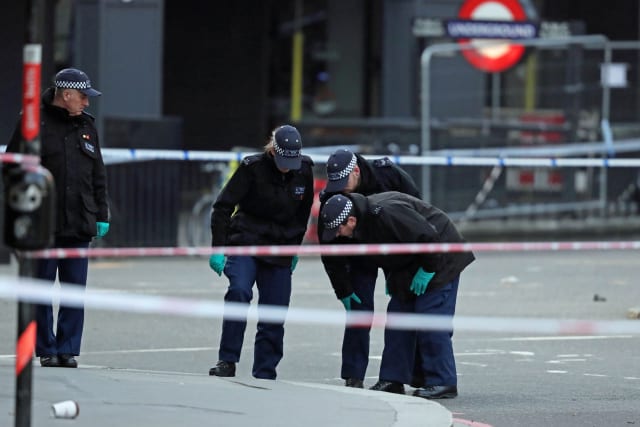 A review of the licence conditions of every convicted terrorist released from prison has been prompted by the London Bridge terror attack.

Usman Khan was released from prison less than seven years into a 16-year prison sentence in December 2018 and was wearing an electronic monitoring tag when he killed two people and injured three others in his attack on Friday.

The 28-year-old had been freed on licence, prompting questions about his release and criticism of the policy of releasing convicted terrorists on licence.

It is understood a review into the licence conditions of every convicted terrorist began straight after Friday’s attack, in which Khan was shot dead by police.

The Ministry of Justice said: “Work is already advanced on reviewing the licence conditions of every terrorist offender, making sure conditions are as tough as they need to be.

“We are also stepping up our already frequent meetings with these offenders.”

The PA news agency understands the review was initiated as a preventative measure and there are no concerns about particular individuals who have been released.

UK head of counter-terrorism policing Neil Basu said on Saturday that Khan had been subject to multi-agency public protection arrangements (MAPPA), and had complied with an “extensive list of licence conditions” following his early release.

MAPPA aims to manage the risks that offenders pose to the public with agencies such as the police, the prison service and probation working together.

Government guidance states “all terrorist and domestic extremist offenders will be risk-assessed” and the “threats that they pose to the community are significant and serious”.

The conditions of the release on licence vary with each individual offender but can currently include a duty to report to an offender manager, or to stay at an approved premises where they can be monitored.