Why do rail fares go up every year? 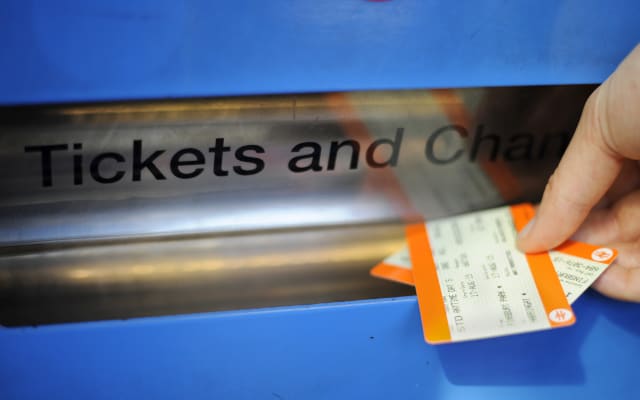 Next year’s average increase in rail fares has been revealed.

– Why does the cost of train travel increase every year?

It has been the policy of successive governments to switch the burden of funding the railways from taxpayers to passengers.

– How much more expensive have train fares become?

Office of Rail and Road figures show that between January 1995 – around the time the network was privatised – and January 2019, average fares increased in real terms by 21%.

– When is the next increase?

– Who decides how much they go up by?

Increases in about 45% of fares are regulated by the UK, Scottish and Welsh Governments. The rest are decided by train companies.

– Which fares are regulated?

Season tickets on most commuter routes, some off-peak return tickets on long-distance journeys, and tickets for travel around major cities at any time.

– How is the cap on the rise in these fares calculated?

Rises are pegged to the July Retail Prices Index (RPI) measure of inflation, which was 2.8%. This is apart from off-peak regulated fares in Scotland, which can increase by RPI minus 1%.

– Where does the money go?

The Rail Delivery Group says 98p of every £1 spent on train fares goes towards running and maintaining services.

– Is there any way of avoiding the fare rise?

Savvy commuters will renew their season tickets in the days before the increase.

– Any other tips on limiting the cost of train travel?

Passengers can save money by getting a railcard, travelling off-peak and booking in advance, although these options are not available for many journeys, particularly those made by commuters.