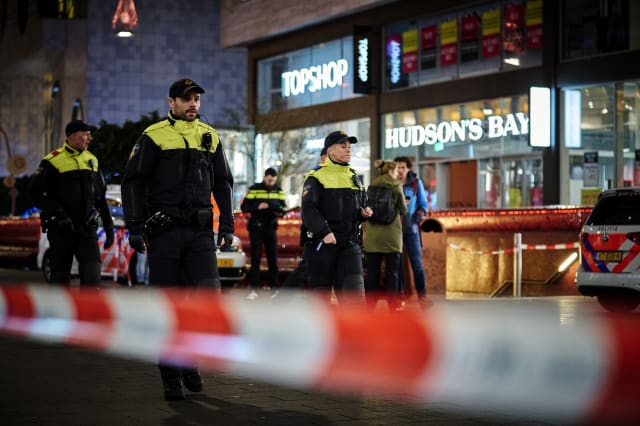 Three people were wounded in a stabbing in The Hague's main shopping street Friday night, and police were searching for at least one suspect, authorities said.

Police spokeswoman Marije Kuiper told The Associated Press that it was still too early to say whether a terror motive was to blame for the attack.

The area was busy at the time as shoppers looked for Black Friday holiday deals.

Ms Kuiper said it was unclear whether any of the injuries were life-threatening.

The Hague police said in a statement that they were looking for a man, about 45 to 50 years old, in a grey jogging suit.

The stabbing happened in the heart of The Hague shopping district where supermarket chains and luxury shops were lit up with early Christmas decorations.

Adding to the festive spirit was the lure of Black Friday, when retailers offers consumers special discounts at a time when many are seeking family presents.

Police sealed off a wide perimeter behind which onlookers were kept at bay. There was no hint of panic among the public soon after the stabbing.

The Netherlands had already been shocked by a similar stabbing in Amsterdam a year ago when two Americans were injured in a knife attack that prosecutors say had a "terrorist motive".