London Bridge witness: I just ran as fast as I could 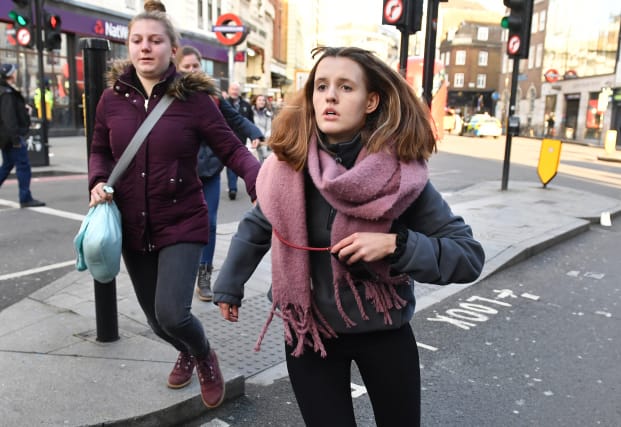 The incident took place on a busy, sunny Friday afternoon as the area – the capital’s business district near a major transport hub – began to swell with people heading to Borough Market for the evening or making their way home from work for the weekend.

Images and footage of the incident posted online appear to show armed police pulling guns from a vehicle.

Some witnesses reported seeing what appeared to be a “fight” breaking out on the bridge, as a steady stream of people ran from the scene amid shouts from police officers to “keep moving” and a wave of emergency services vehicles raced into the area.

The entire bridge was cordoned off, nearby offices were put on lock-down with staff prevented from entering or leaving, and some businesses were evacuated.

Footage posted from inside a passing bus showed armed police pointing guns at a person who appeared to be lying still on the pavement.

Onlooker Zack Shooter told the PA news agency that police almost knocked him over as they ran towards the incident.

“Then loads of cars with sirens all rushed past me at full speed,” he added.

In another video filmed from a nearby bus, passengers could be heard gasping in shock as they watched the apparent suspect being shot as he lay on the ground after another man ran from him, having retrieved a large knife.

Some could be heard screaming after more shots were heard, with someone shouting: “They’ve killed him.”

Nurse Jackie Bensfield, 32, described how she asked to be let off a bus on London Bridge after she heard “five or six” gunshots.

Ms Bensfield, who was on her way home from work, said she exited the bus and “ran like hell” to escape the shots.

Ms Bensfield, who was visibly shaken by the incident, said: “I just ran as fast as I could. Hearing gunshots and running from them is not really a good feeling.

“I was on the bus and there was a lot of traffic, but I remember it stopped. Then all of a sudden I see police officers yelling and people running off the bridge.

Connor Allen, who was in his van on the bridge at the time, said: “Everyone just started running, you heard these pops and that was it. We just got out the van and started running.”

Luke Redman, a 25-year-old data scientist, was in the Monument pub when police entered.

Salih Tasdemir was at Kaplan International College when he saw videos of the attack on social media.

“Then I saw police outside and there was an alarm inside the college,” the 17-year-old told the PA news agency.

“Then the police were telling us to leave.

“I was really scared.”