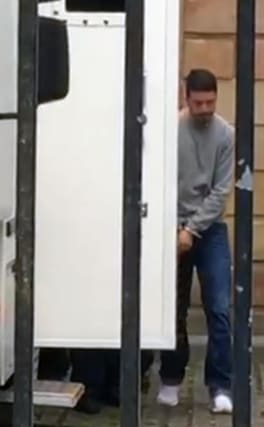 A three-year-old boy with suspected autism suffered fatal head injuries in a complete breach of trust by his killer, a lawyer told a court.

Kayden McGuinness sustained 15 bruises on the scalp and died from swelling and bleeding of the brain.

He was found dead in bed at his family flat in Londonderry in September 2017.

Liam Whoriskey, 25, from Londonderry, was convicted of manslaughter and cruelty to a child by a jury at the city’s crown court in October.

He was a former partner of the child’s mother.

Prosecutor Peter Irvine QC said: “There was a complete breach of trust in this case.”

The child died from blunt force trauma, and probation officers said Whoriskey, from Glenabbey Gardens, posed a significant risk to other members of the public.

His former partner said he was aggressive and violent.

A pre-sentence hearing was held at Londonderry Crown Court on Friday.

Whoriskey will be sentenced on December 16.