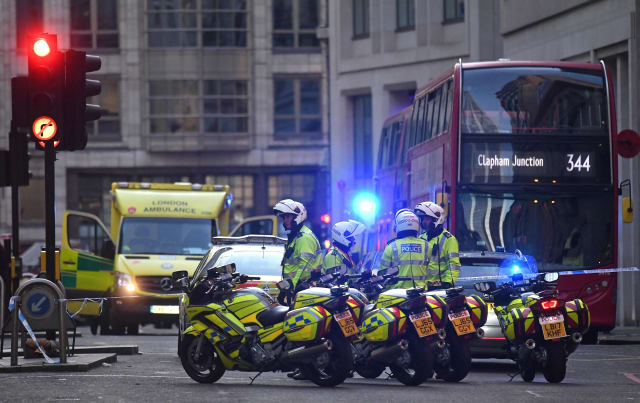 The Prime Minister will instead focus on overseeing the response to the incident in which two people died after a knifeman went on the rampage.

Labour leader Jeremy Corbyn has cancelled a planned campaign event in Yorkshire on Saturday morning, but the party has not confirmed whether all other events are off as well.

The Liberal Democrats have cancelled their Stop Brexit rally which was due to be held in London on Saturday afternoon.

In a statement, the party’s election campaign chairman James Gurling said: “Our thoughts are with the victims and those who have lost loved ones. Out of respect for those affected, the Liberal Democrats are cancelling our ‘Stop Brexit’ rally tomorrow afternoon.

“Canvassing has also stopped in the local area tonight.”

Mr Johnson said earlier on Friday that he had stopped campaigning for the evening and that he would be “reviewing the matter”.

In a statement, Mr Corbyn said his party had also suspended campaigning in London on Friday night as a “mark of respect for those who suffered in this attack”.

He said: “We will not be cowed by those who threaten us. We must and we will stand together to reject hatred and division.”

In 2017, the Conservatives and Labour suspended national campaigning for three days after the bombing of Manchester Arena.

Campaigning was suspended for a second time in the election after a terror attack in London Bridge just a few days before the June election.