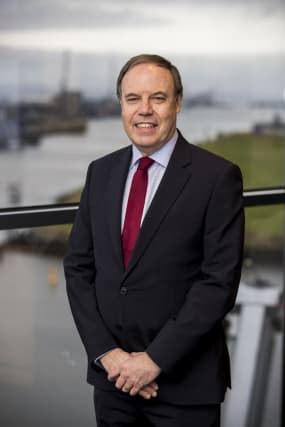 Nigel Dodds is engaged in a tight battle to defend his North Belfast seat against a pro-Remain Sinn Fein candidate.

He launched his party’s General Election manifesto in Belfast on Thursday.

Mr Dodds said: “There can be no borders in the Irish Sea.

“We will work to try to get a sensible Brexit deal.

“But it cannot erect new barriers.

“We need our people to come together, not create more division.”

It is designed to prevent any regulatory border on the island of Ireland.

The DUP manifesto said: “The East-West checks as proposed would lead to excessively bureaucratic burdens for trade between Great Britain and Northern Ireland and consequently higher prices and less choice for consumers as GB businesses opt for ‘not available in Northern Ireland’.”