Real-life 'Iron Man' shows off his technology to the Navy 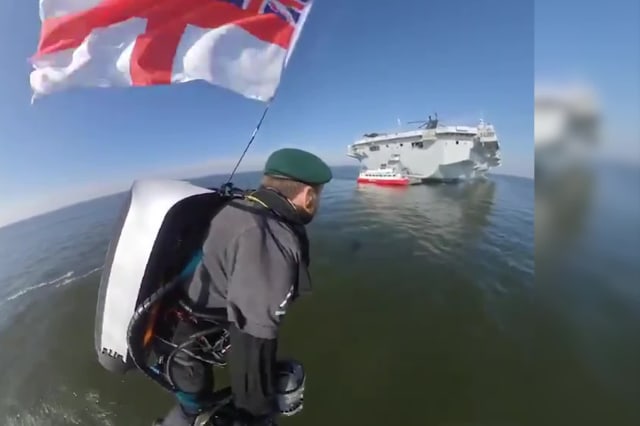 Richard Browning, the man behind Gravity Industries, has been showing off his jetpack technology again.

The footage was captured at the home of the United States Naval Academy in front of a group of potential investors and US military defence teams.

Browning recently reached a speed of more than of 85mph, an achievement that earned him a Guinness World Record.

See him in action in the video above.