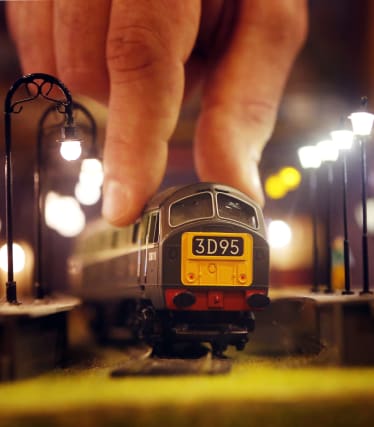 The boss of model train maker Hornby said it is back on track in its turnaround as the company narrowed its losses for the year.

The company trimmed its pre-tax losses to £2.5 million for the year to September 30, down from a £3.2 million loss the previous year.

Chief executive Lyndon Davies said: “Revenue is growing, losses are narrowing and we are shifting gears in our journey back to profitability and beyond.”

Hornby said profitability improved after it “pulled the handbrake” on its discounting strategy, although the initial impact was “more painful than expected”.

Nevertheless, the company said it is through the hardest part of its turnaround plan and has re-engaged its customer base.

The retail business outlined its strategy to boost its online offering through investment in its website and social media to “engage more with our existing customers and recruit new ones”.

It said product development has also improved and the division is “staffed by a great mix of experienced and enthusiastic professionals and we are getting product to market when we want it”.

Hornby said it has organised its supply chain and kept manufacturers happy by ensuring a “more stable channel” with retailers.

Hornby’s net debt deepened to £8.4 million for the year, from £1.8 million in the previous year, after it spent significantly on building up stock ahead of the key Christmas trading period.

It said sales continue to be above the same period last year, but it is “difficult to tell” what the outcome will be for the full-year results as it heads towards Christmas.