This is the wonderful moment a man was overcome with emotion after he rescued his young Jack Russell three days after it went missing.

Alan Whitton, 49, was left distraught after Mitzi was chased away by a larger dog mid-way through a walk last week in Knighton Wood, Essex,

Alan stayed in the woods until 6.30pm but eventually had to resume his search the next day, Essex Live reports.

He said: "It was hellish, I thought she was going to die.

"I broke down crying to anyone I spoke to about Mitzi, I was missing her so much."

On Friday morning, two days after Mitzi disappeared, Mr Whitton received a call from a fellow dog walker whose house backed onto the woods:

"She said her dog had been sniffing around a foxhole, and it never sniffs foxholes, so I dropped everything and went to investigate."

After hearing some faint whimpers emanating from the hole, Mr Whitton dug down with his bare hands and eventually spotted Mitzi's black eyes just after 1pm. The moment was captured on camera by a number of bystanders who applauded and shouted advice as Mitzi emerged. 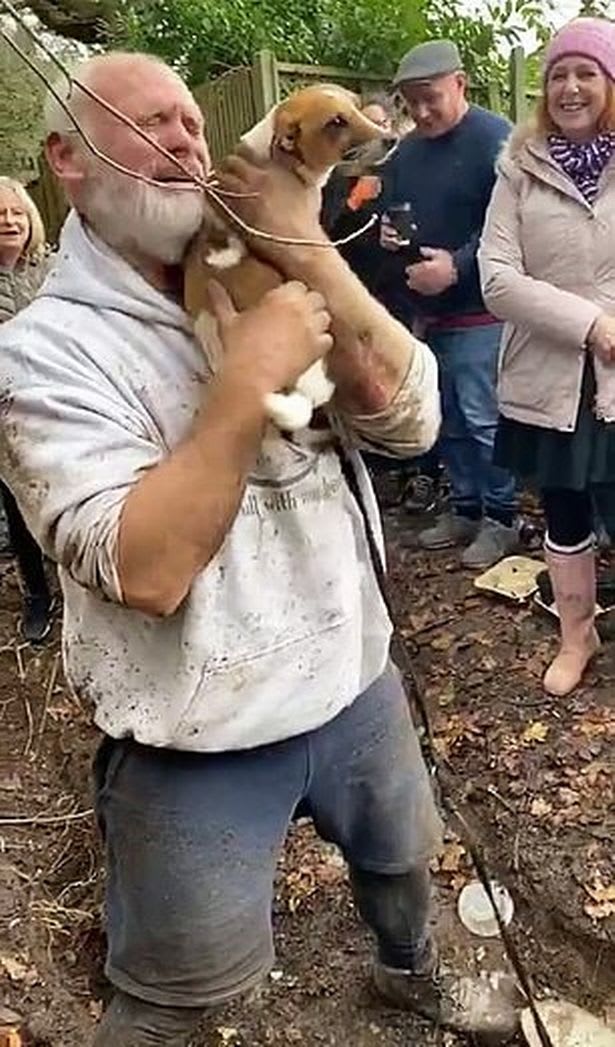 "I just broke down, I was overwhelmed with joy and disbelief, I had started to lose hope," Mr Whitton said.

In the wake of Mitzi's rescue she received a Greggs vegan sausage roll to wolf down and a tic removal procedure at the local vets.