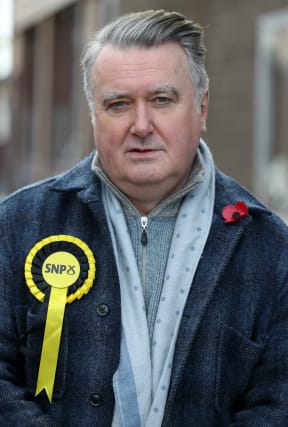 An SNP candidate has faced ridicule after getting the constituency where he is standing wrong at a hustings.

Ochil and South Perthshire candidate John Nicolson told the audience at the hustings in Alloa: “Please trust me with your vote on December 12. As you know, only the Scottish National Party can beat the Tories here in East Dunbartonshire.”

His comments were met with jeers and laughter.

Mr Nicolson was the MP for East Dunbartonshire from 2015 until being unseated by Liberal Democrat leader Jo Swinson in 2017.

“It’s well known he was parachuted in to Ochil and South Perthshire last month by Nicola Sturgeon. You’d think by now that he would have worked out where he was.

“People have had enough of SNP place-men thinking they can walk in with a God-given right to a seat.

“In two weeks’ time, voters in Ochil and South Perthshire can tell Mr Nicolson to go home and think again – assuming he can find his way there.”