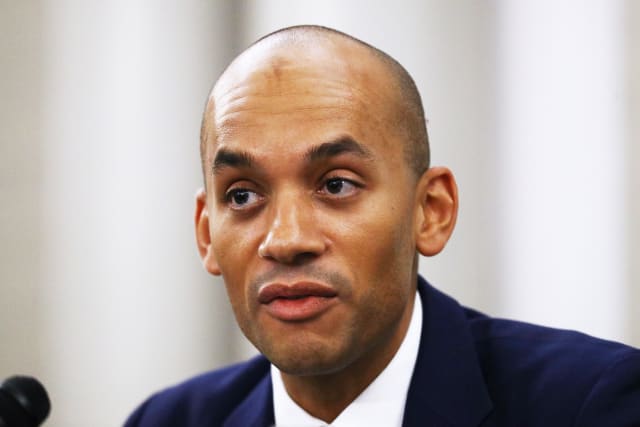 Several parliamentary candidates who defected to the Liberal Democrats are set to lose their seats in the General Election, according to a projection poll.

The YouGov poll for The Times suggests none of the candidates who switched to the party in recent months will win in their constituencies.

The analysis highlighted four former Conservatives said to be trailing in their respective constituencies – Sarah Wollaston, who is 19 points behind in Totnes, Antoinette Sandbach who is trailing by 33 points in Eddisbury, Philip Lee who is down by 10 points in Wokingham and Sam Gyimah who is eight points behind in Kensington.

Three Labour defectors are also shown as struggling, according to the projection.

Chuka Umunna is said to be 13 points behind in Cities of London and Westminster, while Luciana Berger is 18 points down in Finchley and Golders Green, and Angela Smith is trailing by 33 points in Altrincham and Sale West.

Former Tory Anna Soubry, now the leader of The Independent Group for Change, is said to be trailing in third in Broxtowe, and her other two colleagues, ex-Labour MPs Mike Gapes and Chris Leslie, are also forecast to lose out.

Gavin Shuker, who left Labour and is now running as an independent candidate for Luton South, is also behind, according to the data.

Ex-Tory cabinet minister David Gauke, who is running as an independent, is projected to lose in South West Hertfordshire with the same fate forecast for fellow ex-Tory Dominic Grieve who is the independent candidate for Beaconsfield.

Former independent and Labour MP Frank Field, who is running as the Birkenhead Social Justice Party candidate in Birkenhead, is also forecast to lose after having held the seat for Labour since 1979, according to YouGov.

East Devon is projected to be the most likely constituency to elect an independent candidate with Claire Wright in second place just six points behind her Tory rival.

YouGov said its methods for the poll used aggregated data and projections which may not reflect specific localised factors in its analysis and sample sizes in individual seats were, on average, too small to be relied upon as constituency polls.