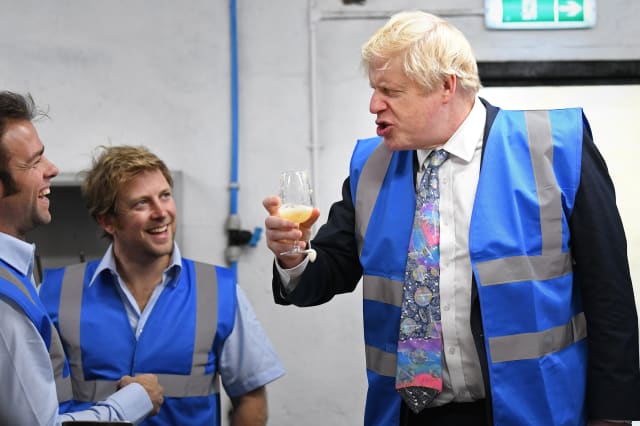 Boris Johnson insisted he did not break his vow not to drink until he gets Brexit done, as he sipped cider on a visit to Cornwall.

The Prime Minister pulled a pint of Rattler at the Healey’s Cornish Cyder Farm and appeared unable to resist sampling it. He said: “This is not breaking my vow – I’m not allowed to drink until we get Brexit done but I’m going to have one small sip.”

Meanwhile, Jeremy Corbyn took aim at Tory claims over protecting the NHS, and Jo Swinson rustled up a curry in Glasgow.