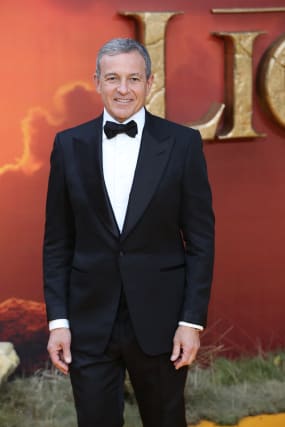 The CEO of Disney has responded to a tweet from a Hampshire hospice looking to secure a viewing of the new Star Wars film for a dying fan.

The final instalment of the nine-part saga – The Rise Of Skywalker – is due for release in UK cinemas on December 19, but for one Rowans Hospice patient time is of the essence.

“Can you help? We have a patient who’s a HUGE #StarWars fan. Sadly, time is not on his side for the 20th Dec,” @RowansHospice tweeted.

“His wish is to see the final Star Wars film #RiseOfSkywalker with his young son. If you know ANYBODY who might be able to make it happen, please share with them. Thank you.”

“Contact @Disney. They are the only ones who can make this happen. Good luck!” he wrote.

The next day, chief executive of the Walt Disney Company Robert Iger got in touch, replying: “Please provide me with the necessary details and we will certainly try.”

The hospice responded to Mr Iger by thanking him “for trying to help with this when time is absolutely of the essence” and passed on an email address.

Rowans Hospice has yet to confirm whether or not they have had further contact with Mr Iger, but those on social media were quick to celebrate his offer.

One Twitter user wrote, “Awesome … A real class act”, while another tweeted, “Thank you for trying Robert”.