Boris Johnson apologises for ‘hurt and offence’ of Islamophobia among Tories 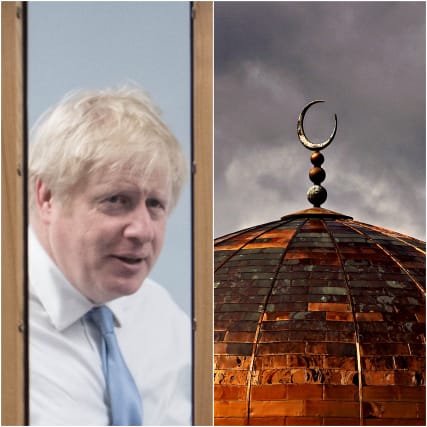 Boris Johnson has apologised for the “hurt and offence” that has been caused by Islamophobia within the Conservative Party ranks.

The Prime Minister said his party would hold an inquiry into “every manner of prejudice and discrimination” in his party, adding that it would start before Christmas.

It comes after Jeremy Corbyn faced a backlash for repeatedly refusing to apologise during a TV interview on Tuesday for the way Labour acted on the issue, despite a blistering attack on his record by the Chief Rabbi.

The Conservatives were also criticised for their handling of Islamophobia allegations by the Muslim Council of Britain on Tuesday, who accused the party of “denial, dismissal and deceit”.

Mr Johnson, speaking on a visit to Goonhilly Earth Station on the Lizard peninsula in Cornwall, told reporters: “Obviously whenever we have an incident of anti-Semitism or Islamophobia or whatever in the Conservative Party we take a zero tolerance approach… We have a one bounce and we deal with it approach to this.

“We are going to have an independent inquiry into Islamophobia, anti-Semitism, every manner of prejudice and discrimination and it will start before Christmas.”

Asked if he apologised for the Islamophobia that has taken place in the Tory Party, he replied: “Of course and for all the hurt and offence that has been caused – of course we do.

“And all that is intolerable and it’s so important as a country that we don’t allow that kind of thing and that’s why we’re going to have the independent inquiry.”

Writing in Tuesday’s edition of The Times, the UK’s Chief Rabbi Ephraim Mirvis said Labour’s handling of the issue, which has dogged the party under Mr Corbyn’s leadership, was “incompatible” with British values.

Responding, the Labour leader insisted anti-Jewish racism was “vile and wrong” and that the party had a “rapid and effective system” for dealing with complaints.

Mr Corbyn called on the Conservatives to “address the issues of Islamophobia that appear to be a problem within their party”.

In response to the Chief Rabbi’s comments, a spokesman for the Muslim Council of Britain said: “As a faith community, we commonly are threatened by Islamophobia.

“This an issue that is particularly acute in the Conservative Party, who have approached Islamophobia with denial, dismissal and deceit.

“It is abundantly clear to many Muslims that the Conservative Party tolerate Islamophobia, allow it to fester in society and fail to put in place the measures necessary to root out this type of racism.

“It is as if the Conservative Party has a blind spot for this type of racism.”