Widow of Pc killed by van thanks public for £300,000 memorial fundraising 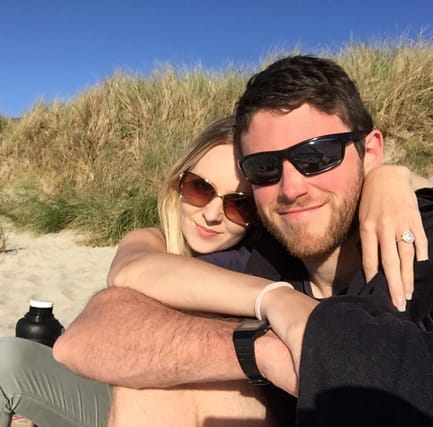 The widow of a police constable killed by a van in an incident in Berkshire has thanked the public and police for their “overwhelming generosity, kindness and support” after a memorial fund raised nearly £330,000.

Andrew Harper’s widow Lissie Harper said she will “never forget the generosity shown to me and my family and the respect to Andrew” as the fund in his memory was closed.

The newlywed 28-year-old officer, with Thames Valley Police, was killed on August 15 near the village of Sulhamstead in Berkshire.

He died from multiple injuries after being dragged under a van, four weeks after his wedding.

The memorial fund established by Thames Valley Police had raised £327,933 by Tuesday afternoon.

Mrs Harper said: “In the depths of heartbreak you all reached out to me and I will never forget the generosity that you have shown to me and my family, the respect you have given to Andrew.

“I hope you know how incredible you all are.

“The minute’s silences, the Rides of Respect, the donations, cards, ribbons and pictures. None of it will bring him back and none of it will stop bad things from happening in the future, but what it does show is the overwhelming power good can hold over evil.

“I have travelled to the deepest depths of darkness and soared to the truest heights of love and admiration. But one constant feeling is of pride for my husband and the kindness of strangers.”

Mrs Harper said that after her husband’s death she “never thought I would feel joy again”.

She added: “I felt like I had stopped breathing, my heart felt a pain that was sharper than any feeling I had ever thought possible.

“The whole country cried for us, and we all felt the agony that day. The bitter reality of life and death laying before us.

“But ever so slowly my family started attempting to piece back together the segments of my broken heart.

“And in the very deepest depths of our grief, a guiding hand reached out, an outpouring of support and kindness pulled us out of the darkness.

“There is still a long and vicious journey we must undertake, but the route is now lined with an army of people standing strong shoulder to shoulder offering help and strength along the way.”

Mrs Harper said that rather than any more individual events raising money for the memorial fund she would ask people to support the good causes her husband believed in, such as those that support fallen or injured police officers.

She added: “I hope that the same generosity of support will be given to other people now and in the future who suffer such a life-changing loss.”

Thames Valley Police Federation chairman Craig O’Leary said Pc Harper will never be forgotten and his widow would continue to be supported.

He added: “Since Andrew died on duty, the support we have received from the police family and the public in the UK – and indeed across the world – has been overwhelming.

“On behalf of all my colleagues in Thames Valley Police, I’d like to once again express our gratitude for that continuing support, the incredible donations to Andrew’s memorial fund and the many messages of condolence.

“We will ensure our brave colleague is never forgotten. And that Lissie continues to be supported.”

Henry Long, 18, from Mortimer in Reading, and two 17-year-old boys, who cannot be named because of their age, have been charged with murder and conspiracy to steal a quad bike.

Thomas King, 21, from Basingstoke, is also accused of conspiracy to steal a quad bike.