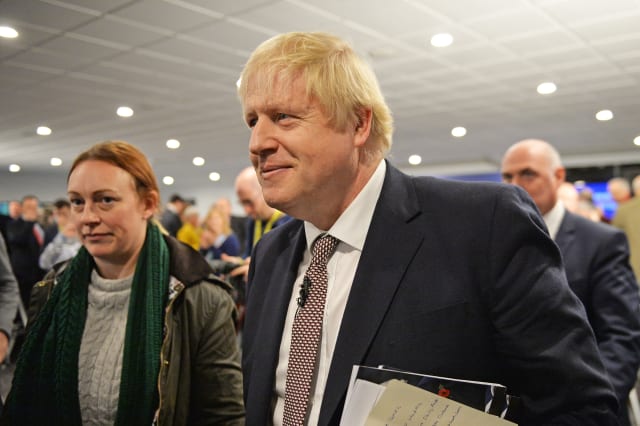 The pound shed value against the dollar and euro as trading sentiment weakened after the latest political survey suggested Boris Johnson’s lead is shrinking.

Sterling pushed higher on Monday after polling suggested a significant lead for the Conservative Party ahead of the general election.

But new figures from Kantar on Tuesday were less optimistic about the size of the Tories’ current polling advantage, weakening sterling which thus bolstered international-focused stocks.

David Madden, market analyst at CMC Markets, said: “The pound is in the red as an opinion poll from Kantar showed the gap between the Conservative party and the Labour party has narrowed a little.

“The small drop in the gap between the two parties encouraged traders to drop the pound.

“The downside move in sterling hasn’t been huge, given the pro-business Conservative party are still enjoying a double-digit point lead.”

Weakness in the pound buoyed the London markets, which all closed higher, although the FTSE 100 was still reasonably subdued, with comments that a US-China trade deal is “getting really close” failing to inspire the market.

A report from Beijing said the parties are “resolving core issues”.

Sentiment across Europe was mixed, although trade sentiment continues to be optimistic over the possibility of successful talks between the US and China

Across the Atlantic, the Dow Jones also pushed higher, moving close to an all-time high, as traders considered a quiet session to be positive news.

In company news, caterer Compass Group led the FTSE 100’s fallers on Tuesday, as its shares dived after it warned that a decline in confidence in Europe has hit its business catering division.

The group posted higher underlying operating profits for the year, but the company said it is taking action to improve its cost base in Europe due to weakness in the region.

Elsewhere, passport and banknote firm De La Rue saw about a fifth wiped off its stock market value after the firm warned it could collapse if recovery efforts fail.

The firm sparked another plunge in shares – down as much as 24% – as it alerted in half-year results a “material uncertainty that casts significant doubt on the group’s ability to continue as a going concern”.

Shares in retailer Pets at Home soared higher after it delivered a dose of profit cheer following strong half-year sales and earnings.

The price of oil made gains on Tuesday as optimism surrounding US-China trade boosted value.