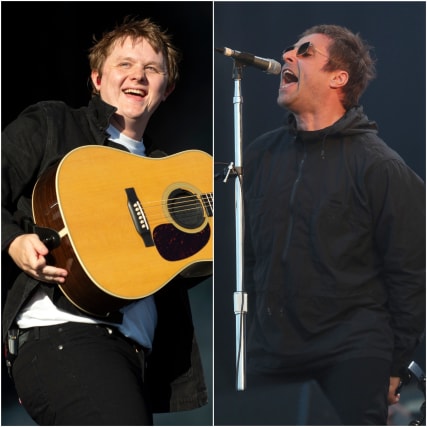 Lewis Capaldi and Liam Gallagher will return to TRNSMT in 2020, with both acts announced as weekend headliners at the festival in Glasgow.

Courteeners will top the bill on Friday night, with Ian Brown, Foals, Keane and Twin Atlantic also confirmed to play over the weekend of July 10-12 at Glasgow Green next year.

Glasgow-born Capaldi, who is up for a Grammy with his song Someone You Loved, was a late addition to this year’s festival, with Snow Patrol unable to perform due to medical reasons.

Gary Lightbody’s band will instead make their TRNSMT debut next summer on the main stage, with Rita Ora also lined up for the Sunday July 12.

Festival director Geoff Ellis told the PA news agency: “I got a lovely text from Gary at that time saying ‘I’m really sorry we’ve had to do this, tried our best but two key band members down we wouldn’t be Snow Patrol’.

“To have them come back, they were the first artist to be confirmed for next year’s TRNSMT, it feels like unfinished business there.

“That’s going to be a great moment for us.”

He added: “(Capaldi)’s had a truly meteoric rise to stardom. To be fair, he deserves that headline slot. What he’s doing internationally is amazing.

“He is the most in-demand artist and sometimes I think when somebody is a local artist or local to Scotland, people maybe don’t realise quite how big he is everywhere else and he is a real, true, global superstar but still with his feet firmly on the ground.”

Ellis confirmed the Queen Tut’s stage will also return to the festival and said there will be more female acts announced before next summer.

Mr Ellis said: “We’d love there to be a higher representation of females but there isn’t, certainly on the acts we’re announcing today, but it will be a while until there’s a 50/50 balance.

“We need to get more females picking up guitars, forming bands, playing in bands.

“That’s why we’re giving that platform to help more females see that kind of opportunity because you do get more of a drop-off at a grass roots level and there’s less female artists around.”

“But there’s definitely more to come – they’re just not over the line yet.

Liam Gallagher previously headlined the Saturday night at the 2018 edition of the festival and will again headline on Saturday July 11.

Scottish rockers Twin Atlantic also make a return to the festival ahead of their new record, Power, being released in January.

Courteeners took to the main stage before Gallagher in 2018 but will headline on Friday July 10, with Ian Brown playing beforehand.

Ellis told PA: “(Gallagher)’s big in Scotland and, for Oasis, Scotland’s always been one of their biggest regions in UK terms for being very, very strong for them.

“You look at trajectories of people and Courteeners … there’s something about guitar bands and Scotland, and it does change once you probably get to Manchester and going north it changes.

“This is their first UK major festival headline – they’ve headlined smaller festivals before but not major in terms of 50,000 people and above.

“And they deserve it. They’re a really great energetic live act with some great anthemic songs.

“In fact there’s quite a strong Manchester connection on the Friday when you add Aitch, Blossoms, Ian Brown and Courteeners. And then Liam Gallagher on the Saturday.”

Tickets are on sale from 9am on Friday, with a TRNSMT database pre-sale opening on Wednesday at 9am.