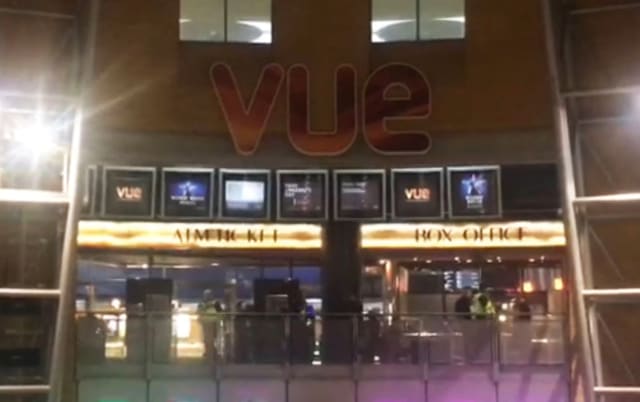 Vue has defended its decision to ban gang movie Blue Story after the cinema chain said “25 significant incidents” were reported at its venues within 24 hours of the film’s release.

The cinema chain said the mass brawl at Star City in Birmingham on Saturday evening, which left seven police officers injured, was just one of a spate of incidents that had occurred at showings.

A spokeswoman for Vue said a “significant incident” was “any incident that has a risk to audience members”, adding that they were awaiting clarification of the details of individual cases.

She said they were unsure how many times police had been called out.

Vue strongly denied that the decision was taken due to concerns about the film’s content, following allegations of racism on social media.

West Midlands Police were called to Star City cinema in Birmingham on Saturday evening after reports of youths with machetes.

Six teenagers, including four 14-year-olds and a 13-year-old girl, were arrested in connection with the disorder, which involved around 100 people.

They have been bailed by police.

“The decision to withdraw Blue Story was not one taken lightly or without careful consideration of our experience across the country,” the spokeswoman said.

“The film opened in 60 of our sites across the UK and Ireland on Friday 22nd November, but during the first 24 hours of the film over 25 significant incidents were reported and escalated to senior management in 16 separate cinemas.

“This is the biggest number we have ever seen for any film in such a short time frame.”

The film focuses on two friends from different south London postcodes on rival sides of a street war.

The spokeswoman said: “While we are disappointed that these are the actions we have had to take, we hope it is understandable that we cannot, and will not, take any risks with regard to the welfare and safety of our staff and our customers.

“Unfortunately, the actions of a significant few have spoiled the opportunity for others, but we stand by our decision to withdraw the film from our schedule indefinitely.

“This decision is not, as some have alleged, based on biased assumptions or concern about the content of the film itself.”

Police in Sheffield said they would be liaising with Cineworld about further screenings of Blue Story after reports of fighting outside a cinema in the city at the weekend.

South Yorkshire Police said officers dispersed two groups of teenagers who were fighting at the venue on Broughton Lane on Saturday.

A force spokeswoman said: “There was an increased police presence around Centertainment on Broughton Lane in Sheffield on Sunday evening ahead of the showing of the film Blue Story.

“On Saturday November 23, officers were called to reports of fighting outside of Cineworld.

“Disorder has also been reported in the West Midlands area. Officers carried out patrols of the area to ensure everyone’s safety.

“Senior officers from Sheffield will be liaising with Cineworld over the coming week to discuss further screenings of this film.”